Triple World Champion Andy Priaulx will start from the front row in the third FIA World Touring Car Cup race on the streets of Macau after his so far best qualifying result for Lynk & Co Cyan Racing.

The Brit finished second, just two tenths of a second from pole position after a strong lap around the 6,120km street circuit.

"The lap was tidy and I pushed to the limit. I had a little oversteer in one corner that cost me pole or being closer to it. I fought for pole again like in Japan, so it's coming good. I'm looking forward to the race, will try to win. But Macau is Macau, sometimes when you try too hard, you end up in the wall and we need to be smart," said Andy Priaulx.

Yvan Muller, who is placed fourth overall in the drivers' championship, missed the final qualifying session by just 15 thousands of a second, ending up in sixth position.

"I am disappointed. The balance of the car was not that bad, we have to understand why we were slower this time ahead of tomorrow's race," said Yvan Muller.

"We made some changes but I couldn't get it to work. We went back in the setup and I found more time, unfortunately it was not enough. We are in the top for the reversed grid race and that feels good. But we need to continue to work hard," said Thed Björk.

Yann Ehrlacher was ninth fastest in the second qualifying session and will start the reversed grid race from second place.

"I had to give the other drivers a tow on the long straights of Macau and we did the best out of what we had to do. But starting from second with the reversed grid will be good," said Yann Ehrlacher.

The first race of the weekend starts tomorrow at 14:55 local time/07:55 CET when Yvan Muller will start from pole position. 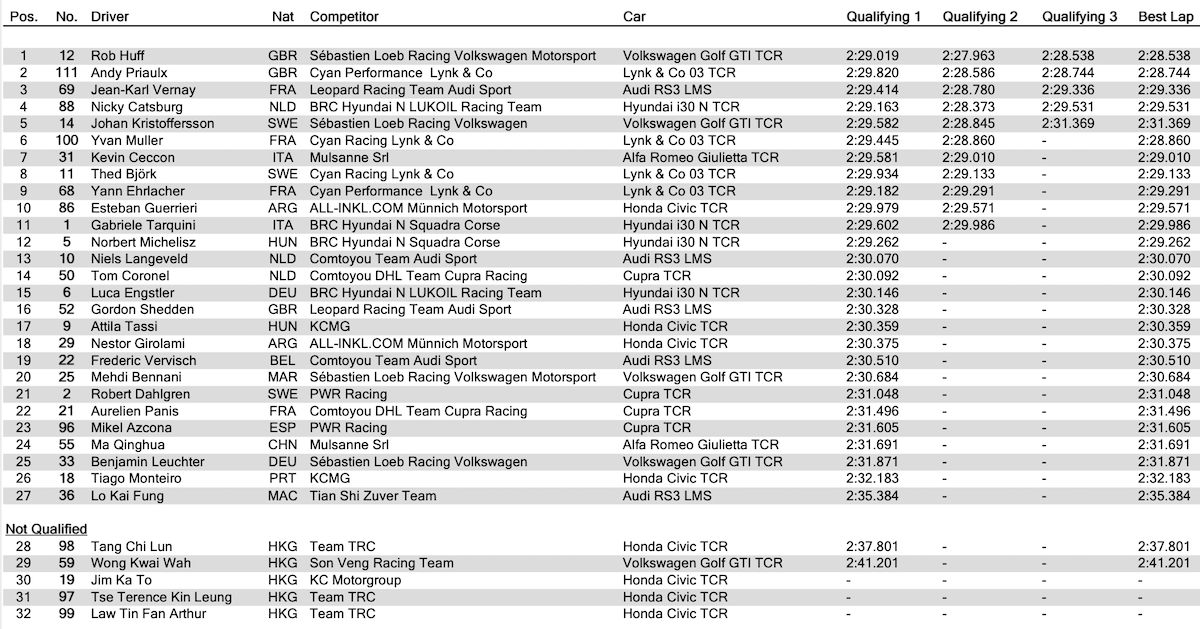