"I am very happy. We waited until the end to get a clear lap and the car was really good. I knew it would be very tough after I saw Michelisz's time, but we did it," said Yvan Muller.

"It was a good lap, especially considering that I did a lap on my own without tow. I am really happy. I am feeling more and more comfortable in the car, getting better and better in every race. Hopefully we can keep improving and find even more performance for the second qualifying session," said Andy Priaulx.

"It wasn't safe to drive with a damaged wheel nut at Macau and I went to the pits for repairs. That meant that we missed one or two runs which is quite crucial at Macau. But we had good pace and fifth isn't too bad considering the issues we had. I think we can fight for the top three in the second qualifying," said Yann Ehrlacher.

Thed Björk, who is placed third in the drivers' standings, was sixth fastest despite touching the barriers on his fastest lap.

"I made a mistake on my fastest lap and brushed the barriers at Turn 23. That altered the toe adjustment of the right front and while we tried to compensate for it, I was unable to improve. We have taken big steps forward from practice yesterday and there is more to come for the second qualifying session," said Thed Björk.

Next up for the WTCR field is the second qualifying session, starting at 13:35 local time/06:35 CET. 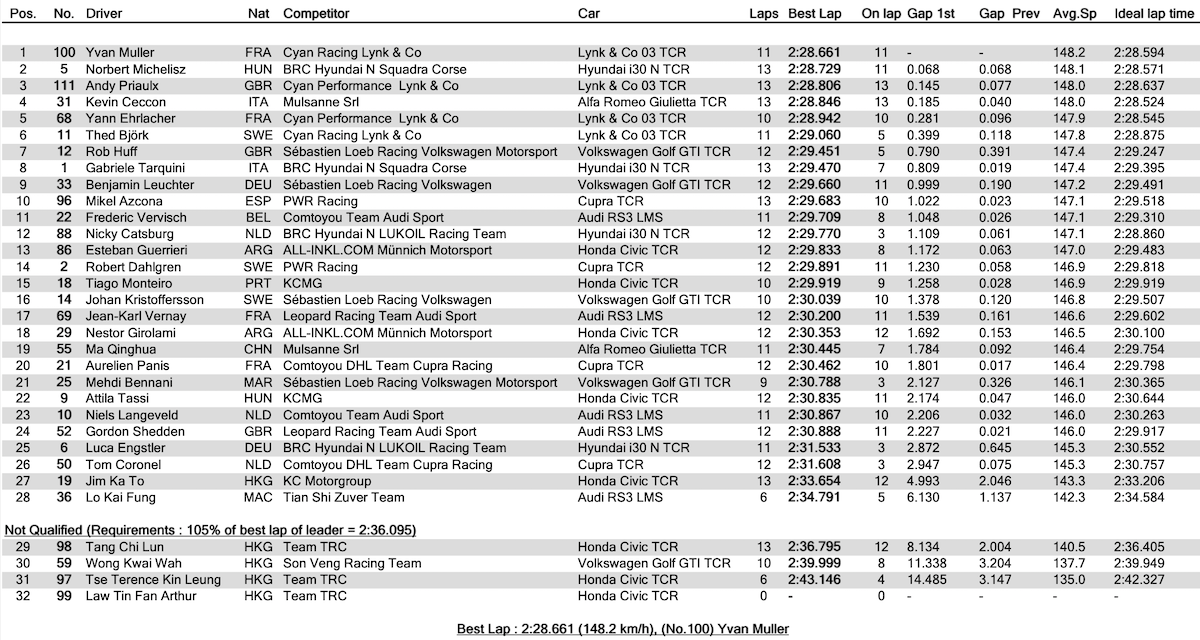