Lynk & Co Cyan Racing has set its sights on victory as the final half of the 2019 FIA World Touring Car Cup resumes this weekend at Ningbo International Speedpark, China, the home race of Lynk & Co.

Thed Björk is placed third in the title fight ahead of the final four race weekends of the season and won two out of three races last year at Ningbo for Cyan Racing.

"There has been no rest during the summer break and my feeling going to the Ningbo circuit after setting a Nürburgring road car lap record for Lynk & Co and Cyan Racing is awesome. The circuit suits me perfectly and there is no reason that we cannot expect to fight for the same result as we did last year when we won it all. Everything is going to be much tougher now as the title fight is heating up and everyone is feeling the pressure to get as much points as possible. We need to deliver at Lynk & Co's home race and I am ready for it," said Thed Björk.

Lynk & Co Cyan Racing is placed second in the WTCR teams' championship, 73 points from Honda in the lead with 85 points available to fight for each weekend.

"This is the home race of Lynk & Co and obviously an important weekend for us. We will have a lot of guests with us and new Lynk & Co owners picking up their new Lynk & Co 03 road cars during the race weekend. The team has done a great job so far this season and we have full confidence in them to fight for the title as the exciting final half of the season begins in China," said Mr. Victor Yang Vice President of Communications at Zhejiang Geely Holding Group.

Cyan Racing has got a strong track record at the Ningbo International Speedpark, winning with the Volvo Polestar programme in 2017 and claiming all three victories last year with the Hyundais of the Yvan Muller Racing co-operation programme.

"We had a great race here last year and it goes without saying that my goal is to step back onto the top of the podium this year as well," said Yvan Muller.

Fellow French driver Yann Ehrlacher scored the most points of the Lynk & Co Cyan Racing drivers in the previous race weekend at Vila Real before the summer break and is keen to keep the momentum up.

"I had to fight really hard for the podiums in Portugal and I want more from this weekend. We are not too far away from the top five and I aim to be in the top five when we leave China. We will give it all to make our Chinese supporters proud at our home race," said Yann Ehrlacher.

While his team-mates have experience from the Ningbo International Speedpark, it will be a new experience for three-time World Champion Andy Priaulx who has prepared himself with the Cyan Racing simulator in Gothenburg.

“I am looking forward to getting back with the team. It has been great to have a summer break, but I do miss the racing and this one will be extra fun as I have lots to learn. Luckily I have been able to spend a couple of days on the simulator in Sweden getting to know this track, which looks quite technical. I am hoping to have a really strong second half to the season," said Andy Priaulx.

Take a deep dive into our mid-season statistics to learn more on how the first half of the 2019 WTCR has progressed: 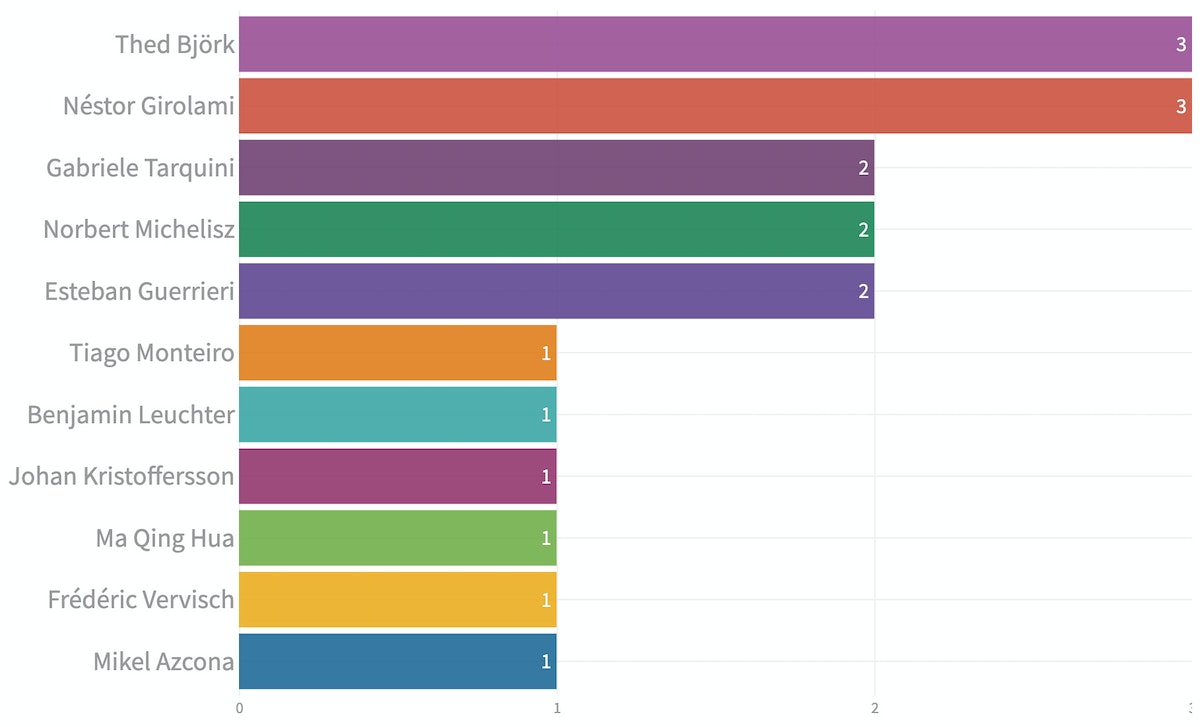 What happened in the last race?
Read all about it right here.