Cyan Racing, formerly named Polestar, has broken two Nürburgring lap records during development of the Lynk & Co 03 Cyan Concept, making it the fastest four-door car and the fastest front-wheel driven car in the world around the fearsome 21-kilometre Nordschleife circuit. This also marks the first time that a Chinese manufacturer has claimed a record on the legendary German circuit with a mass production-based car.

"We continued our development of the car in torrential rain and scorching sunshine on the most fearsome circuit in the world," said Thed Björk, driver in the WTCR for Lynk & Co Cyan Racing.

"The car is rewarding to drive no matter the conditions, be it the Nürburgring or the autobahn. The record that we achieved here is something I rank on the same level as my racing titles and a highlight in my part of transitioning development from race to road cars."

The race engineers and drivers of Cyan Racing, the official motorsport partner to Geely Group Motorsport, have developed the Lynk & Co 03 Cyan Concept as a road car version of the race car run by the team in the World Touring Car Cup (WTCR).

The road car is developed by largely the same team that developed the previous concept cars of Cyan Racing, the 450-hp Volvo C30 Concept and the 508-hp Volvo S60 Concept.

"We continue to push past the boundaries and goals that we have set for the Lynk & Co 03 Cyan Concept, a car that acts as a development platform for future Lynk & Co performance cars and parts," said Henrik Fries, Head of Automotive R&D at Cyan Racing.

"While our main purpose for the many laps on the Nürburgring Nordschleife is development, the records that we broke are a true testament to the potential and capabilities of the Lynk & Co platform, as well as our engineering philosophy from more than two decades of motorsport and road car performance."

Development of the Lynk & Co 03 Cyan Concept will continue throughout the last part of the year, with the team turning attention to winter testing in the north of Sweden as part of creating a performance car for all roads, all seasons and all conditions.

Video of the full lap: https://www.youtube.com/watch?v=M3e69sptwvE

The 7:20.143 lap record was set using the full 20,832km circuit layout as per the official Nürburgring standard and not the shorter 20,600km version as often used by other manufacturers. The Lynk & Co 03 Cyan Concept lapped the shorter version of the circuit in 7:15.123.

Cyan Racing also holds the lap record for the fastest ever front-wheel driven race car with the 2017 World Title-winning Volvo S60 Cyan TC1 - lapping the Nordschleife + GP circuit in 8:34.813, as well as previously holding the lap record for four-door road cars with the Volvo S60 Concept in 2016 with the time 7:51.110 on the 20,832km circuit. 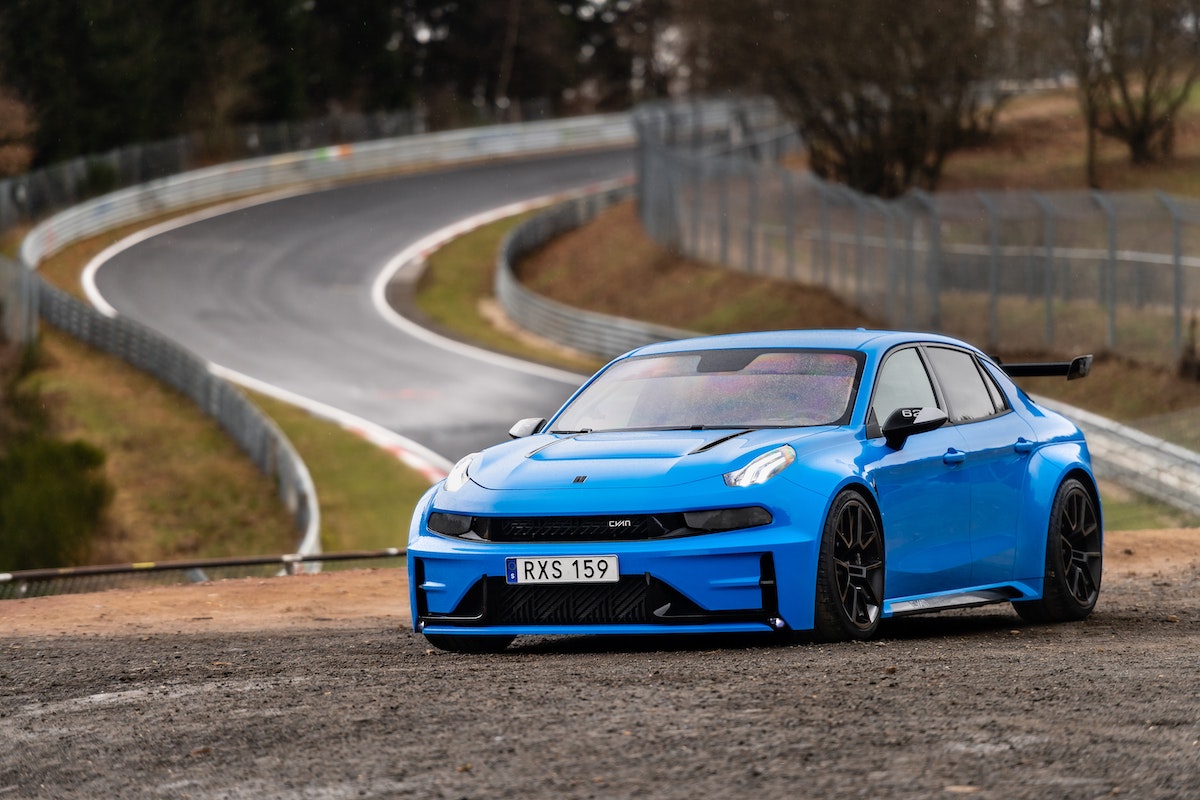 About Cyan Racing
Cyan Racing was founded in 1996 and was formerly named Polestar until Volvo Cars acquired the performance section and trademark in 2015. Cyan Racing is privately owned and operated. The team has claimed multiple titles, most recently the 2018 FIA World Touring Car Cup title team and the 2017 FIA World Touring Car Championship titles for driver and team – and participated in the development of the Polestar performance models of the Volvo S60 and V60 in the years 2013 to 2015.