The Volvo P1800 Cyan is the result of thousands of engineering and design hours, creating a car that represents Cyan Racing's philosophy of how a sports car from the sixties merged with modern day performance should be. The car has been engineered by the same team that created Volvo’s first-ever world title winning race car.

The first images of the Volvo P1800 interior, engine bay and suspension have just been released.

The interior is, just like the exterior of the car, a delicate interpretation of the original Volvo P1800 of the sixties.

"We have focused on creating an interior that reflects the car décor of the sixties in a modern version. We have kept the clean and driver-oriented interior of the original car, carefully moving it forward with modern materials and technology," said Ola Granlund, Head of Design at Cyan Racing. 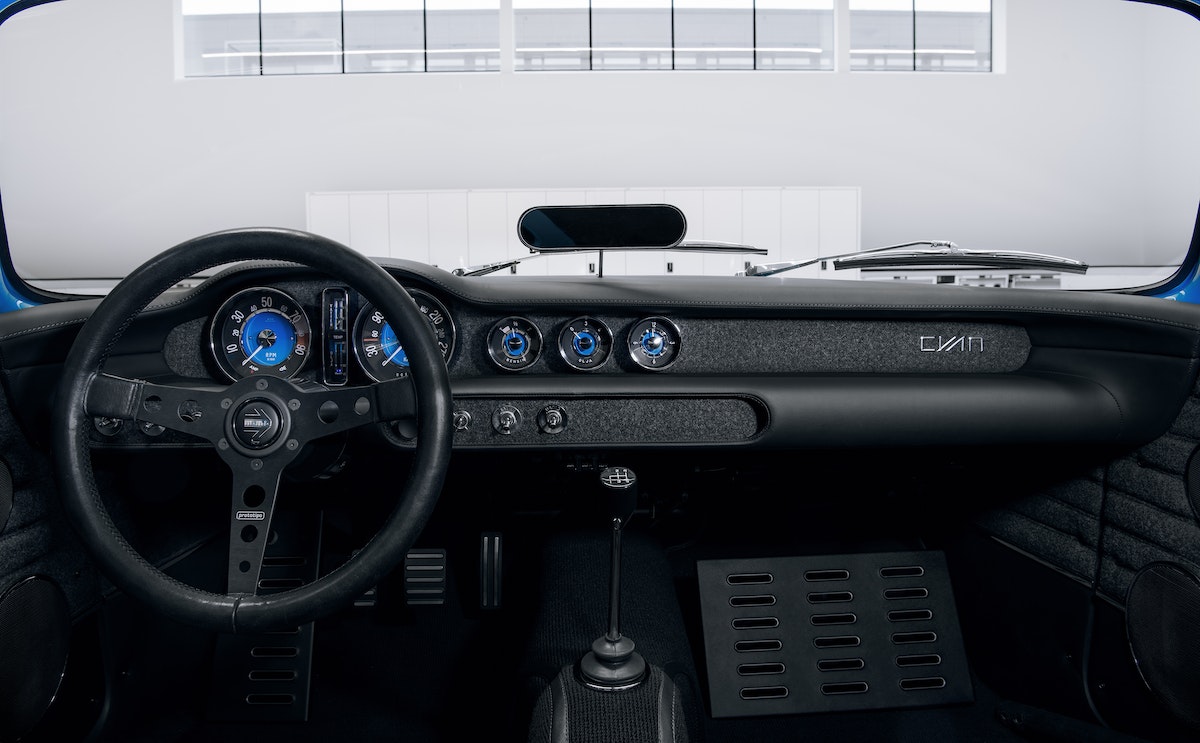 The two-litre turbocharged four-cylinder engine is based on the same engine as used in the world title-winning Volvo S60 TC1 race car, producing 420 horsepower and 455Nm of torque.

The engine has been re-engineered by Cyan regarding how it delivers power and its physical appearance, keeping a clean design for a clear link with its original, in combination with a contemporary performance level.

“The engine is designed for high revs, with the torque intuitively linear to the pedal. We have learnt from racing where the drivers want perfect control of the torque, increasing precision and driving pleasure at the same time,” said Mattias Evensson, Project Manager and Head of Engineering at Cyan Racing.

“Another area of attention is the design of the engine and the engine bay. We have made an effort to highlight the light and nimble VEA Volvo engine, liberated from all elements of modern engines, with clear ties to the original Volvo P1800 of the sixties.” 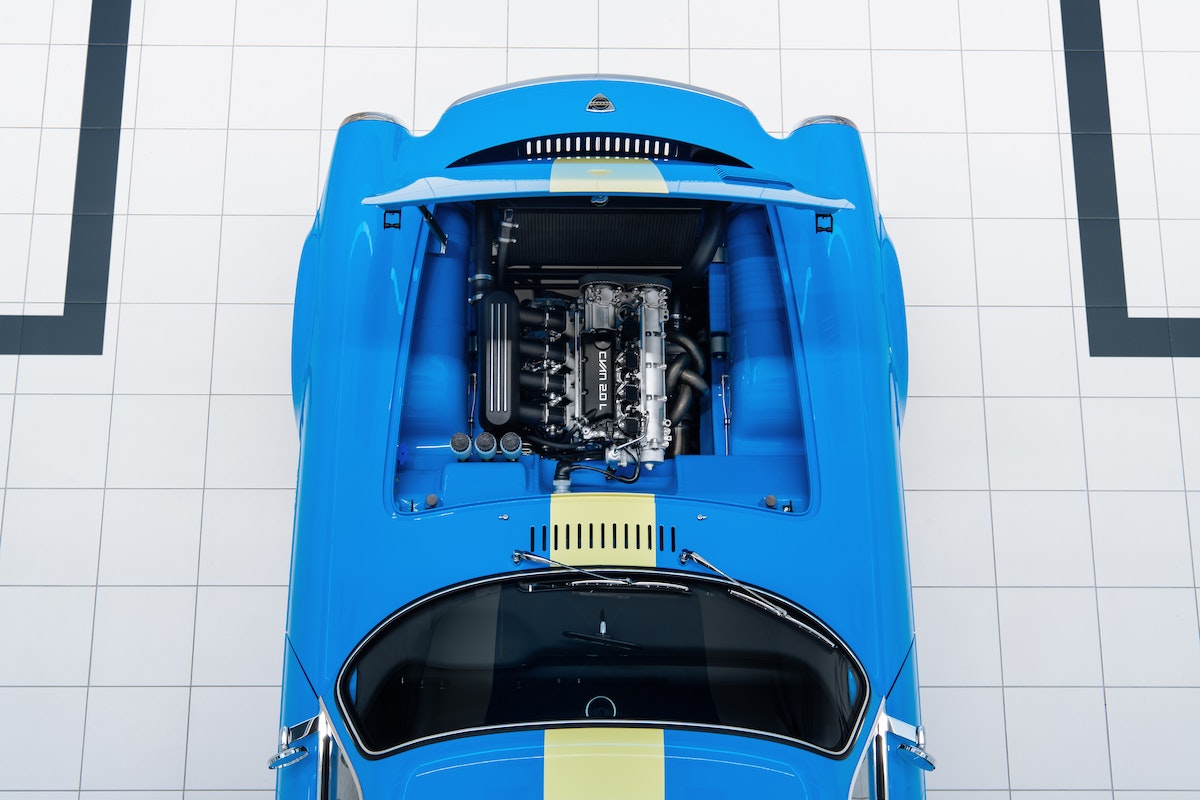 The chassis is fully re-engineered by Cyan with the purpose of delivering an unfiltered driving experience reminiscent of the sixties, but with modern day performance.

“As with most cars from the past, they tend to be less rewarding to drive then we might want to remember them,” said Mattias Evensson.

“We have designed a completely new chassis for the Volvo P1800 Cyan that keeps the analogue direct unfiltered connection with the road, but with much more control and predictiveness.”

"It was of course a challenge to fuse our new technology with the constraints of the sixties base car. The end result is however a car that at a first glance is a P1800 with a wider track, but when you start driving, it delivers at a completely different level,” said Mattias Evensson.

“The suspension is fully adjustable and can be set up to whichever way the customer wants, be it a more track-focused car, or a one that will be predominantly used for enjoying your favourite canyon roads, or for just visiting your local barista." 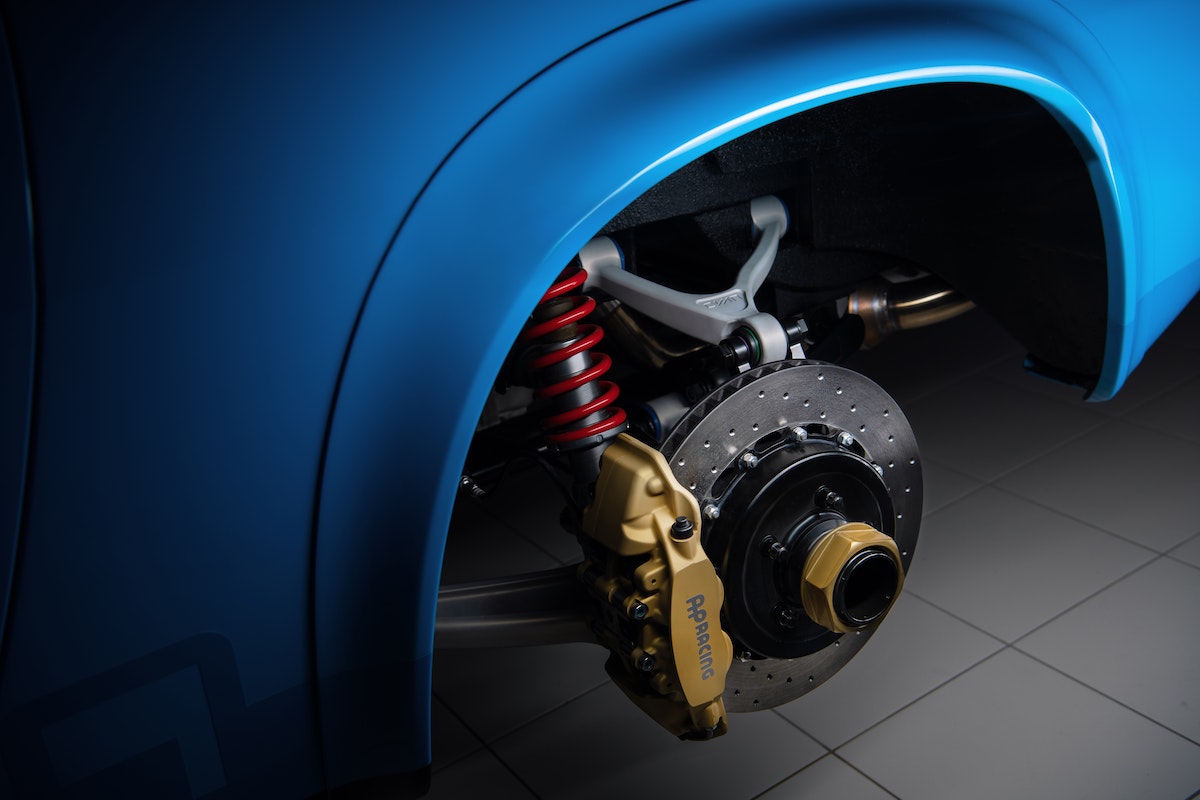 For further information about the Volvo P1800 Cyan, click here.

About Cyan Racing and this project
Cyan Racing was founded in 1996 and was formerly named Polestar until Volvo Cars acquired the performance section and trademark in 2015. Cyan Racing is privately owned and operated. The team has claimed the last three touring car World titles, most recently the 2020 WTCR drivers' and teams' titles with Lynk & Co – and participated in the development of the Polestar performance models of the Volvo S60 and V60 in the years 2013 to 2015, including the concept models Volvo C30 and S60 Polestar Concept Prototype.

Please note that the Volvo P1800 Cyan will be marketed independently by Cyan Racing. Furthermore, it should be noted that there is no collaboration between Cyan Racing and Volvo Cars in relation to this car project, as well as that the trademarks “Volvo” and “P1800” are owned by Volvo Cars.