"It was a really tough final race and season in total. I am pleased to start the 2020 season this way, even if it's a virtual title. Now I am very much looking forward to the real WTCR season to start and hopefully with the same result," said Yann Ehrlacher.

The Frenchman headed the standings ahead of the season finale after six tough race weekends fighting real-life WTCR drivers, teams and manufacturers.

Yann Ehrlacher had to fight hard in the very last race, starting further down the grid as his main title rivals fought for the race lead.

But the Lynk & Co Cyan Racing driver worked his way up the order to secure enough points to claim the title by five points over Hyundai driver Nobert Michelisz.

The real World Touring Car Cup season will start on September 12-13 at the Salzburgring in Austria and Lynk & Co Cyan Racing will be on the grid with four cars.

Yann Ehrlacher, Yvan Muller, Thed Björk and a yet to be announced driver will compete for the team this year.

The fourth driver, team-mate to Thed Björk, will be announced in due course via the Challenge The World series that can be watched here: https://youtu.be/-7spFhsft6Q 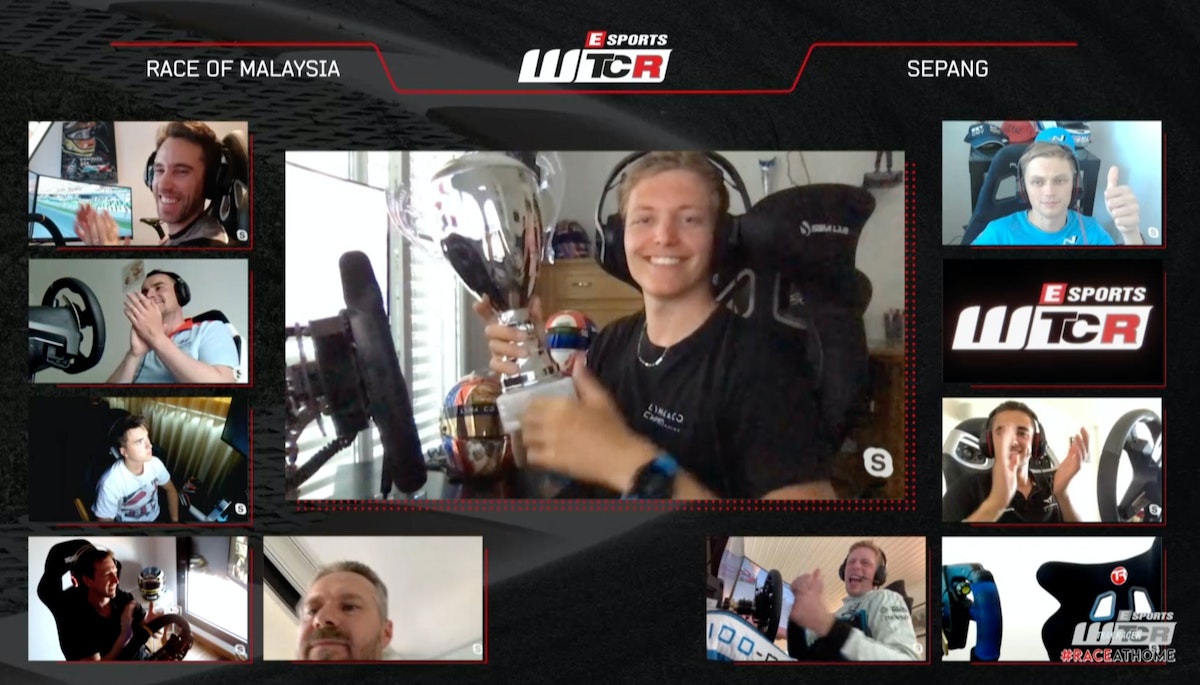 About Cyan Racing
Cyan Racing was founded in 1996 and was formerly named Polestar until Volvo Cars acquired the performance section and trademark in 2015. Cyan Racing is privately owned and operated. The team has claimed the last three Touring Car World titles, most recently the 2019 WTCR team title with Lynk & Co – and participated in the development of the Polestar performance models of the Volvo S60 and V60 in the years 2013 to 2015.