Ehrlacher claimed pole position for the first race, made a strong start and never looked back.

A solid seventh place in the second race means that Ehrlacher has closed in on the top of the points table, currently in third position, ten points from the lead.

“We can call it the first win of the season, even if it’s esports," said Ehrlacher.

"It was a good race, I finally managed to make a race from lap one to the end without any crashes. Well done to the two other guys with me on the podium, and we come back maybe with the points a little bit in the championship. I’m pleased with this.”

Team-mate Yvan Muller and Thed Björk finished eleventh and 12th in the first race, with Andy Priaulx retiring. The second race saw Muller crossing the line in 12th, Björk in 15th, while Priaulx retired once more.

The next WTCR Esports round takes places at the home circuit of Lynk & Co Cyan Racing, Ningbo, on July 5th. 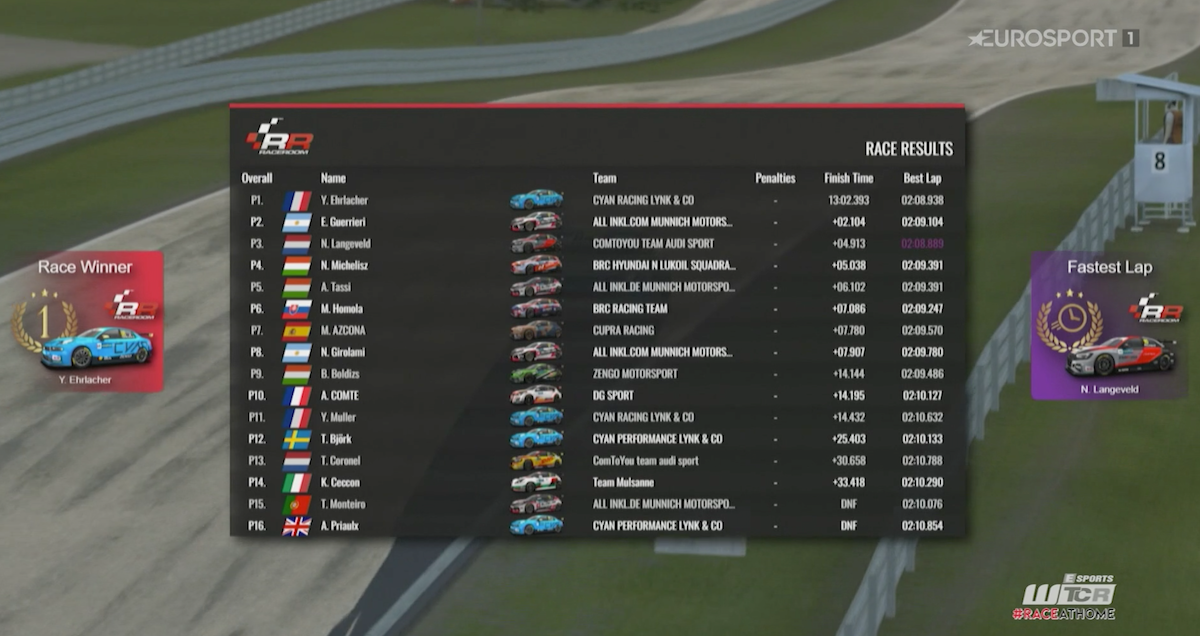 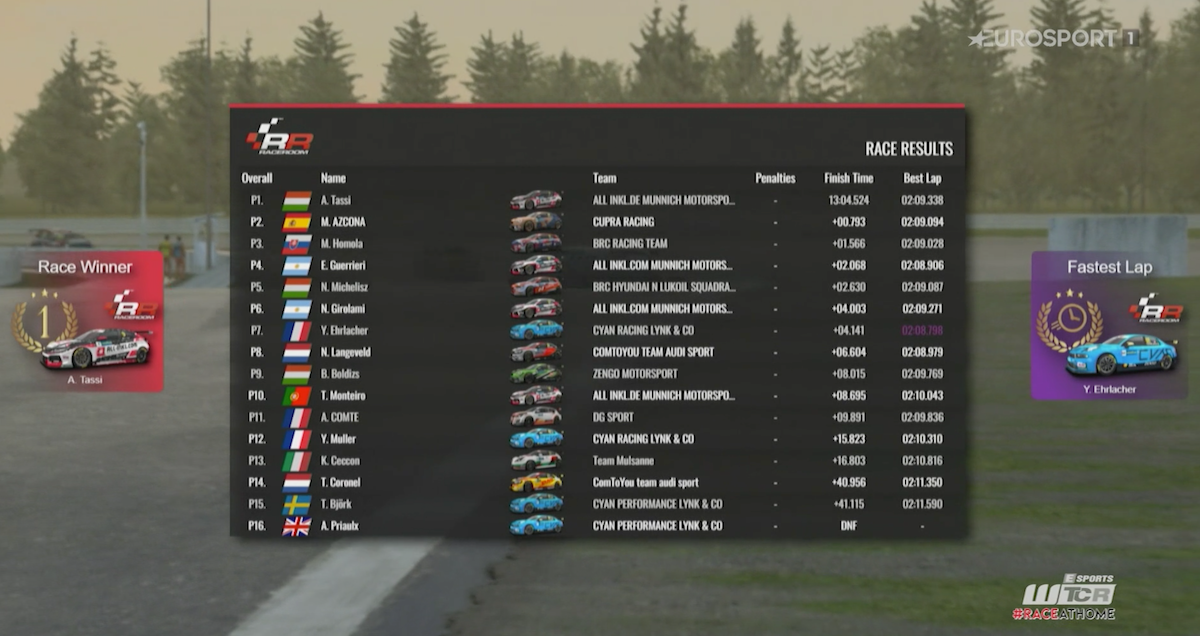