The 23-year-old fought for fourth position in the first race with Audi rival Niels Langeveld. The two made contact towards the end of the race, dropping Ehrlacher to seventh position.

The second race saw a huge fight for the lead, with Ehrlacher being tapped into a spin by Cupra driver Mikel Azcona on the penultimate lap.

This dropped Ehrlacher down from first to fourth position, still claiming vital points to the championship.

Ehrlacher share fourth position in the standings with Azcona on 50 points, 19 points from championship leader Mat'o Homola who won the first race at the Hungaroring.

The next Pre-season Esports WTCR Championship will be held at the digital version of Slovakiaring on June 28th. 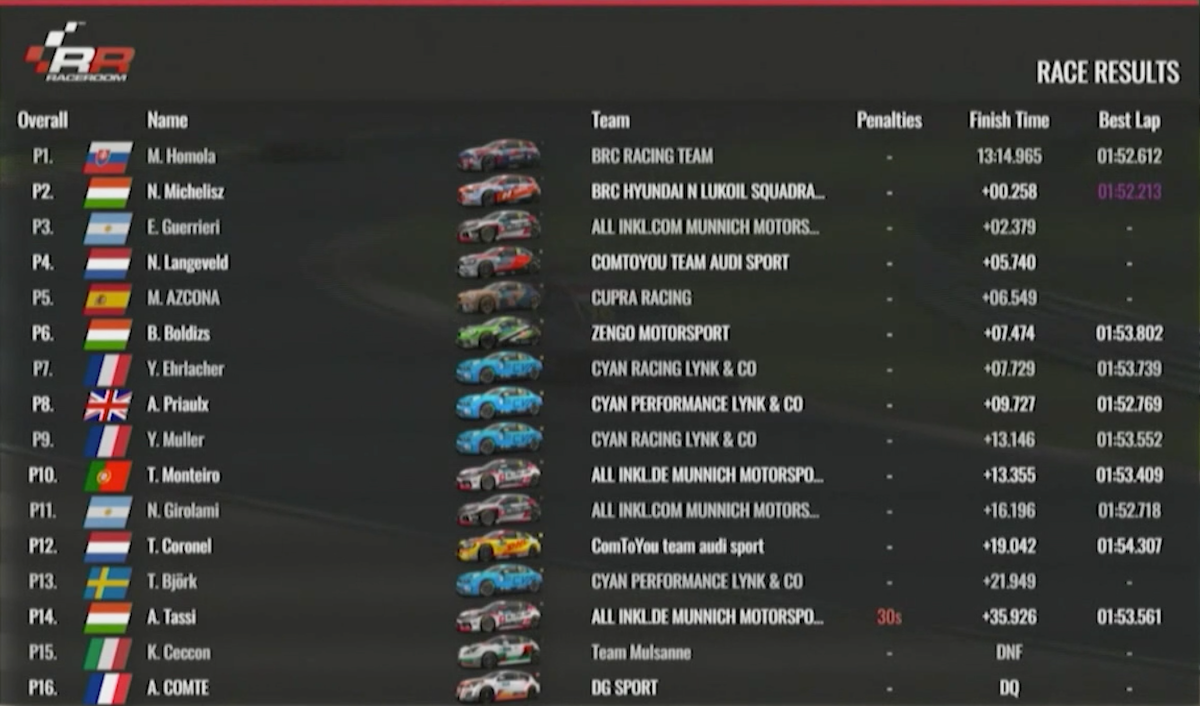 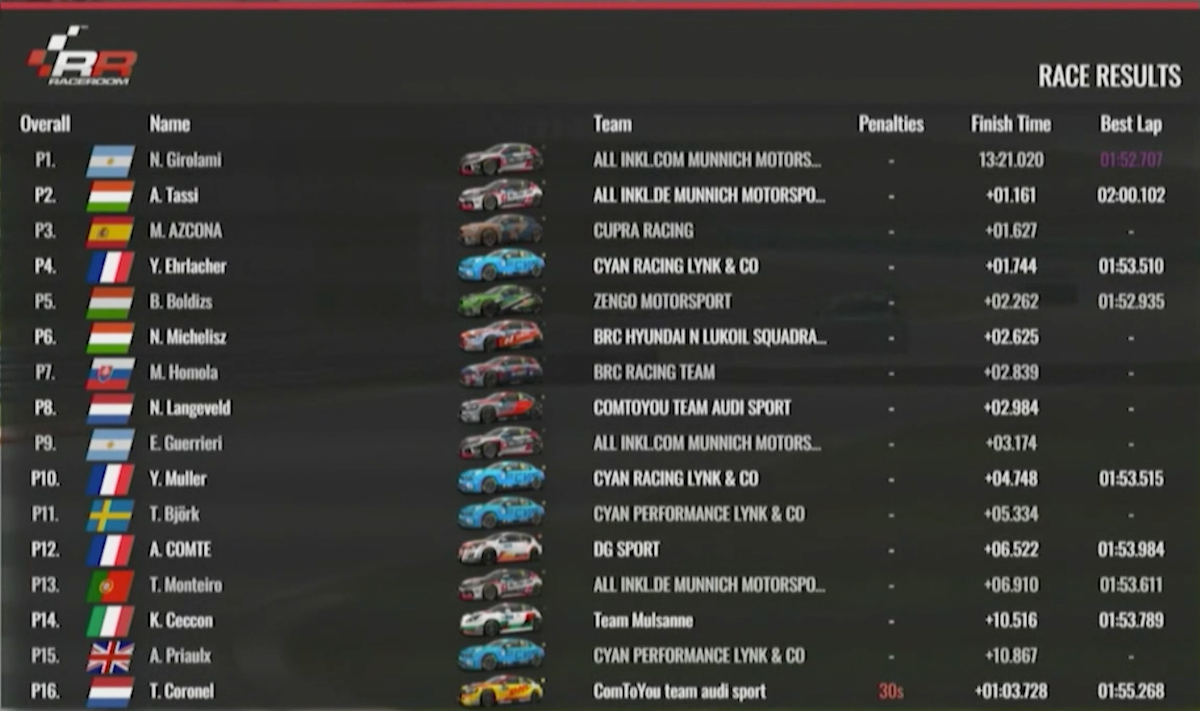