Yann Ehrlacher is getting ready for the Esports WTCR pre-season opener on RaceRoom at the Hungaroring this evening, April 6th, and the Lynk & Co Cyan Racing driver spoke about what he can get from the virtual racing during the COVID-19 lockdown.

"Simracing is a way for me to keep fit and sharp for the start of the 2020 WTCR season," said Ehrlacher.

"It is a proper training to keep the concentration level high, a mistake here is as costly in terms of lost time as in real racing. You have to stay focussed and that is proper training for real life, just as it can help you learn the circuits."

The Frenchman is going to face a tough field in the first Esports WTCR race with 11 WTCR drivers and 20 simracers.

"My ambition is to be somewhere in the top, but there are some simracers who are really experienced and I think they have a bit of an advantage," said Ehrlacher.

"But we will see in the races that I hope will be clean and fair."

The 23-year-old is going to drive the digital version of his 350hp Lynk & Co 03 TCR race car in the four races of the Esports WTCR pre-season.

"The RaceRoom version of the Lynk & Co 03 TCR looks great and the interior looks really real, I sometime forget that I am sitting at home and not in my proper race car," said Ehrlacher.

"In terms of balance, the car feels quite good during braking and is quite similar with a bit of oversteer on the high-speed turn-in. The feeling of stability and a bit of oversteer in high-speed corners. When I spend many hours I forget that I am in my room and not in the proper race car." 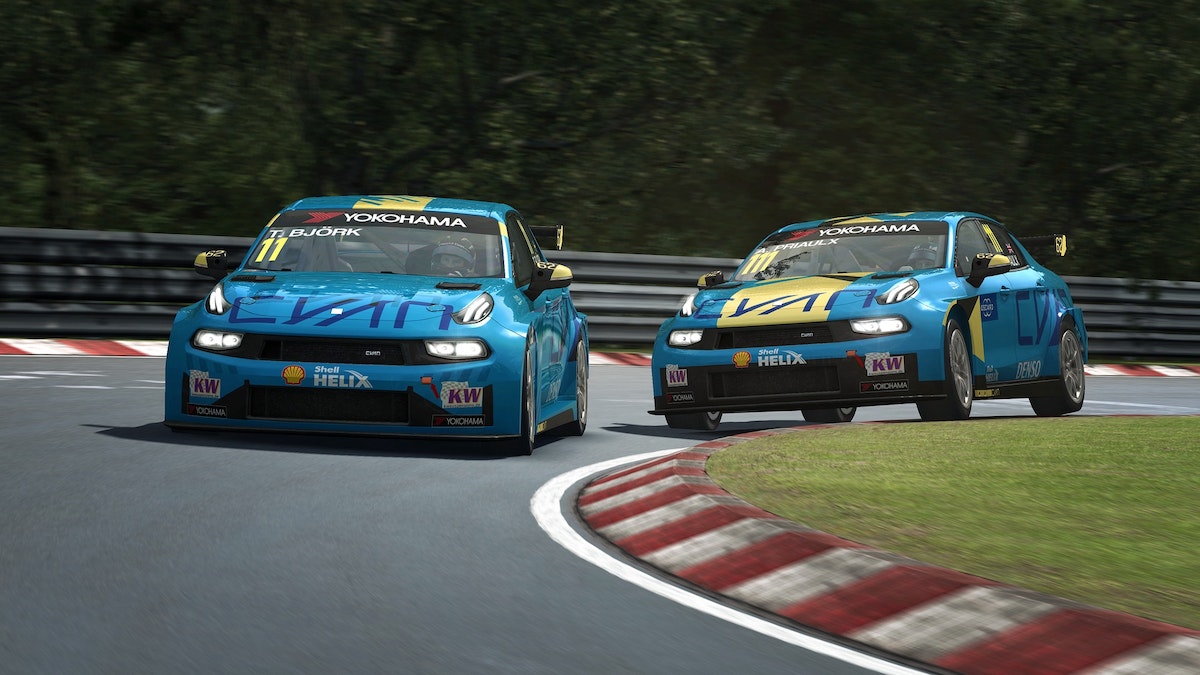 While the virtual cars are close to its real-life counterparts, there are some differences Ehrlacher have to adapt to.

"I do have to adapt my driving style to the simracing style and it can be difficult," said Ehrlacher.

"Especially to get a feeling with much less feedback from the car. In real-life racing the car is moving, you feel the g-forces during braking and you just can't feel that in simracing. Another challenge is to set the car up. You can't just translate the real setup from the real WTCR cars to the simracing. You have to adjust that and the top drivers in simracing have an advantage there."

With the real racing circuits currently in lockdown, Ehrlacher spends plenty of hours on the digital versions of them.

"I'm keeping busy with cycling indoors and with the simulator. I usually do two hours of cycling and six hours on the simulator, as well as some Netflix," said Ehrlacher who will stream the race live via his Twitch account.

The first Esports WTCR pre-season race starts at 19:30 CEST and can be watched live here:

About Cyan Racing
Cyan Racing was founded in 1996 and was formerly named Polestar until Volvo Cars acquired the performance section and trademark in 2015. Cyan Racing is privately owned and operated. The team has claimed the last three Touring Car World titles, most recently the 2019 WTCR team title with Lynk & Co – and participated in the development of the Polestar performance models of the Volvo S60 and V60 in the years 2013 to 2015.