The Frenchman was just over a tenth of a second from the fastest time of the session, setting a lap time of 2:30.599.

23-year-old Yann Ehrlacher was fifth fastest, six tenths of a second from the top, with team-mate and triple World Champion Andy Priaulx in seventh position.

The session was interrupted by one red flag as Gabriele Tarquini hit the wall.

Next up for the Lynk & Co Cyan Racing team is the second free practice session, starting at 13:40 local time/06:40 CET. 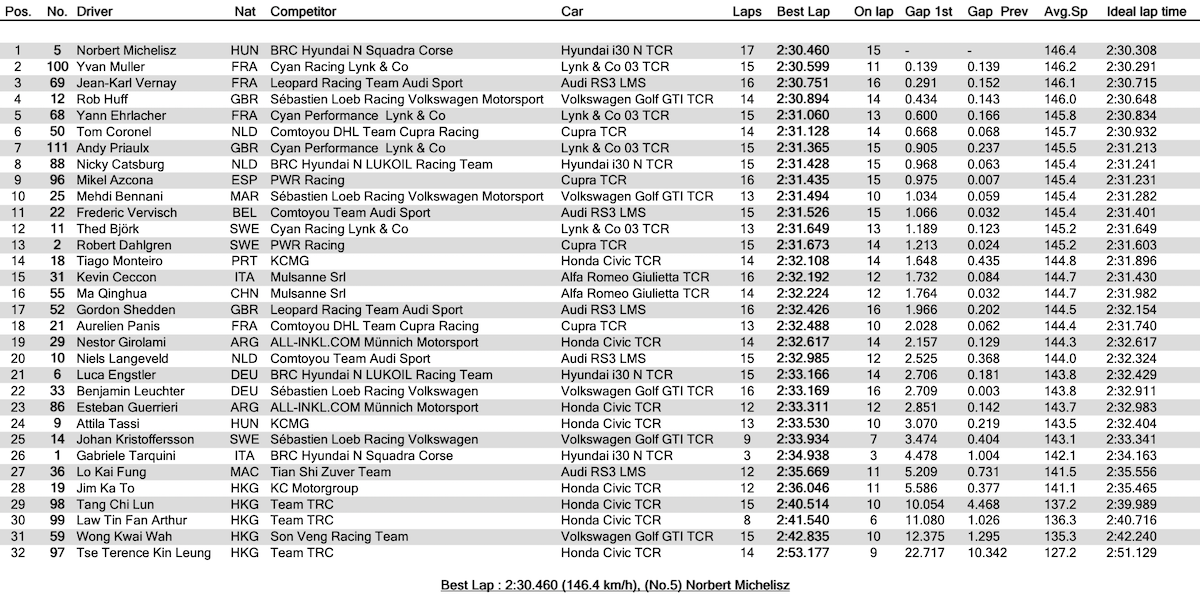