"We have had two productive practice sessions and I just love being back at Macau. We still have a lot of work to do for qualifying tomorrow, but the feeling is good," said Priaulx.

Team-mate Yann Ehrlacher claimed fourth position with 2:30.234, as Thed Björk was sixth, 0.930 seconds from the top.

Yvan Muller, who was second fastest in the first session, ended the second session in eleventh position.

Next up for the Lynk & Co Cyan Racing drivers is qualifying, starting at 08:50 local time/01:50 CET tomorrow. 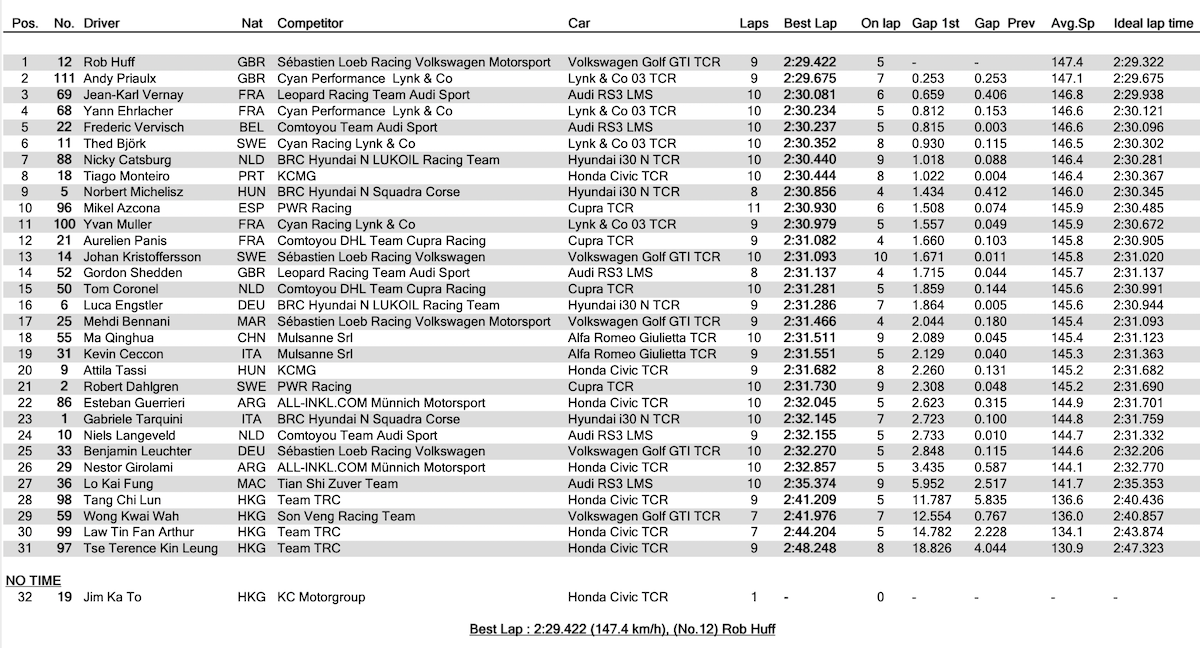