Thed Björk has climbed to third position in the FIA World Touring Car Cup standings following a solid points haul in a chaotic race weekend at Suzuka in Japan.

The 2017 World Champion fought his way into the top five of all three races and is 45 points from points leader Esteban Guerrieri ahead of the final two race weekends.

"The focus this weekend was on being consistent, stay out of trouble and score as many points as possible. I think we have been able to do just that. Macau is going to be really difficult as the Hyundais are so much quicker on the straights, despite supposedly having the same power level of 97,5% as us. It feels rather hopeless and has been going on all season," said Thed Björk.

Yvan Muller had a tough weekend at Suzuka following a crash in qualifying that was held in torrential rain. Starting from the back of the grid in all three races, the four-time champion passed no less than 14 cars on his way to eleventh position in the first race.

"This is obviously not the result we wanted from this weekend. My mind is already set on the next race in Macau," said Yvan Muller, who is third overall, 50 points from the top spot.

Andy Priaulx bounced back after being taken out by Hyundai driver Nicky Catsburg in the first race to finish seventh in the third and final race.

"I had to defend really hard for almost the entire final race. But thanks to Tarquini and Huff for a fair race, we raced with no problem at all. While I didn't get the results I wanted in the races, I am glad that I fought for pole in qualifying and that is what I bring with me to the next race," said Andy Priaulx.

"When you start this far down, you can't really expect more than we got. I had a good final part of the third race, but then I had a fight with Farfus. I am tired to find any words about this, they are driving so desperate. I am thoroughly disappointed," said Yann Ehrlacher.

The team championship standings are close leading into the final two race weekends of the 2019 FIA WTCR season with Lynk & Co Cyan Racing in a joint lead with Honda team Münnich Motorsport, both on 481 points.

The season continues with the penultimate race weekend at the legendary Macau street circuit on November 14-17th.

UPDATE: Thed Björk has been promoted to third place in the final race and Andy Priaulx to fifth as Kevin Ceccon and Tiago Monteiro have been penalised. The changed results has seen Thed Björk close in on the points lead by five points and Lynk & Co Cyan Racing to extend the team championship lead to four points over Münnich Motorsport. 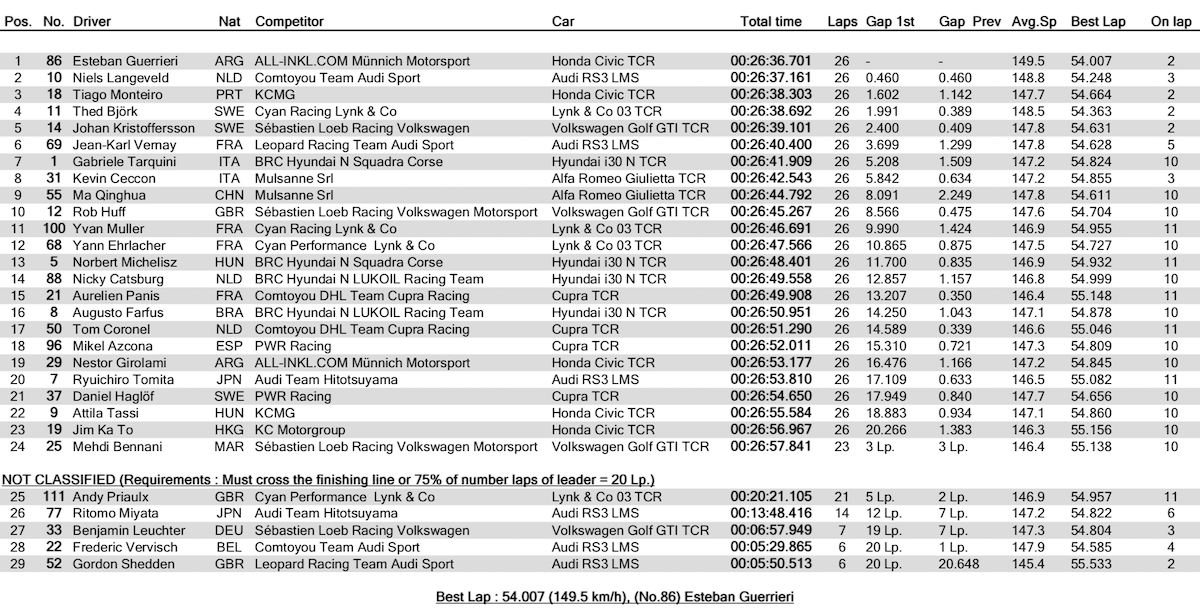 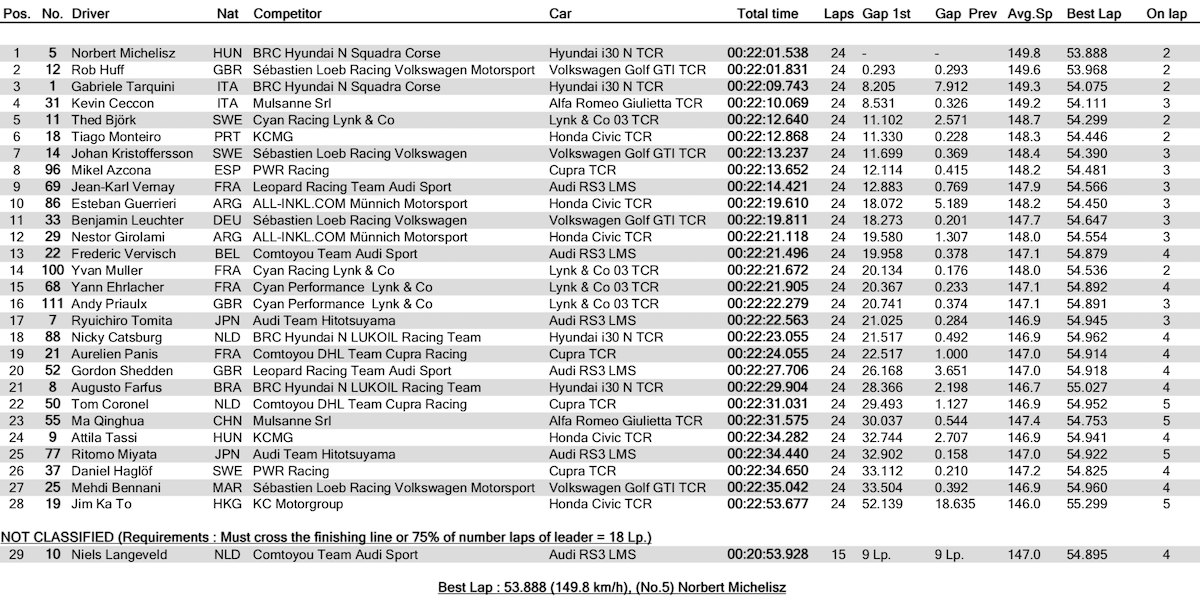 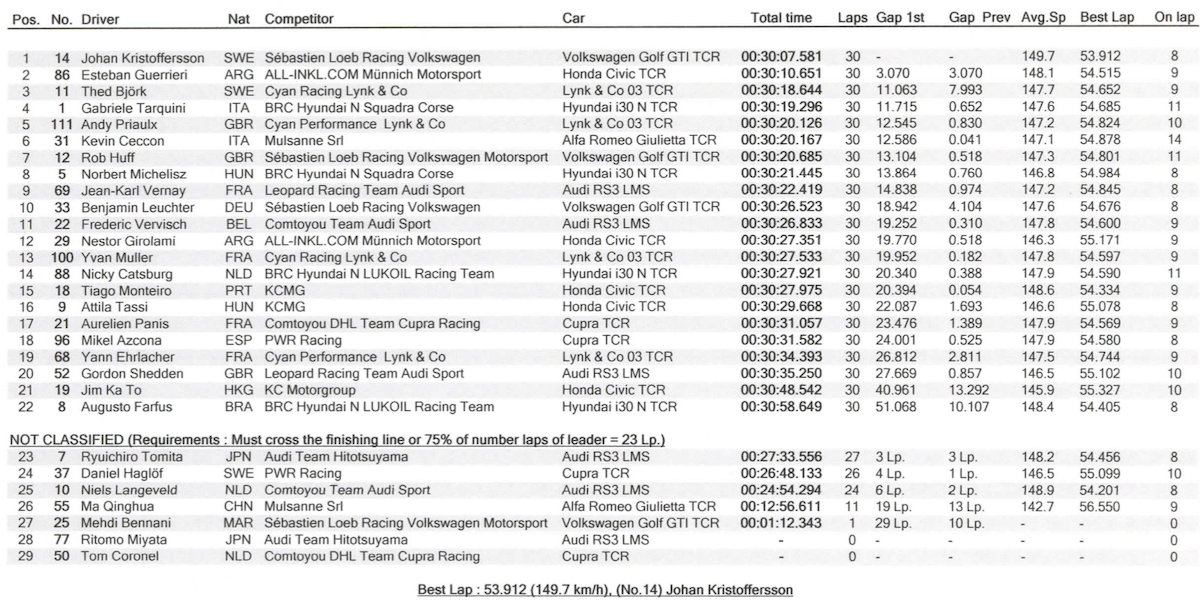