Both Yvan Muller and team-mate Thed Björk struggled with power steering issues throughout the session, with the Swedish driver finishing 29th.

The session was halted once as Cupra driver Aurelien Panis went off in the first corner, hitting the tyre barriers, due to the heavy rainfall.

The team has a short turnaround time for the second free practice session, starting at 10:15 local time/03:15 CEST. 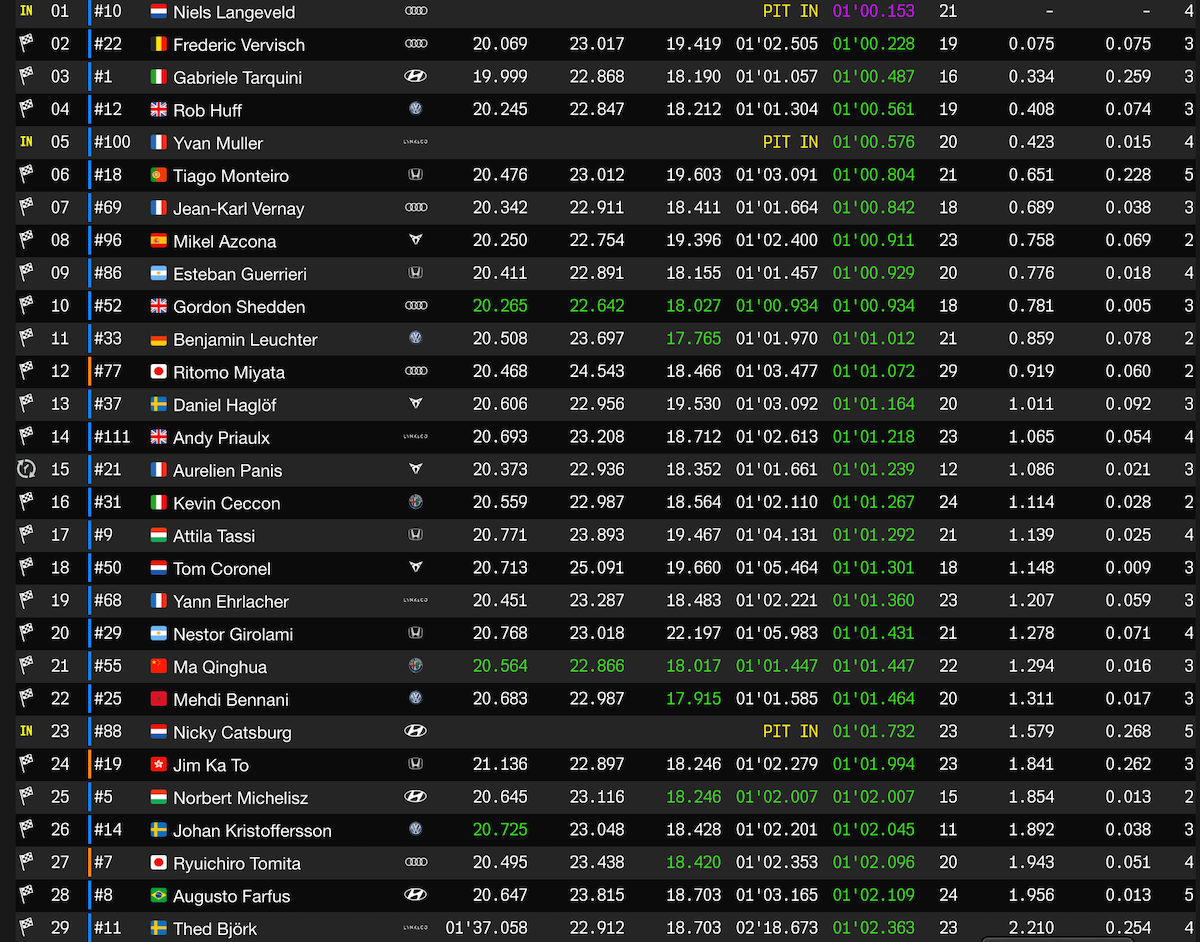