The Frenchman claimed pole by a mere 50 thousands of a second and was under pressure from the first to last lap by Alfa Romeo driver Ma Qing Hua in the race.

"If there was just one race to win this season, it would be Ningbo as this is the home of Lynk & Co. This race was far from easy as Ma gave me a very hard time and I was very happy when I saw the chequered flag. We claimed important points today and we need to keep pushing for tomorrow to fight for the top again," said Yvan Muller.

Lynk & Co Cyan Racing was the winning team of the race and has closed in on current leaders Honda, reducing the gap from 73 to 40 points.

"Yvan did a great job today and scored vital points to close in on the team championship lead. We still have some work left to get all four drivers into the top and that is our main task ahead tomorrow," said Fredrik Wahlén, Team Manager of Cyan Racing.

The pole and victory of Yvan Muller has elevated the French driver to fifth position in the drivers' championship, 47 points from the lead and just one point behind team-mate Thed Björk who finished 12th.

"I made a good start and gained a couple of positions but then I was hit very hard at turn three and dropped positions. But this race was all about the points to the team and sometimes it's me on the top of the podium and today it was Yvan. I am very happy for him and we will work hard tomorrow to improve," said Thed Björk.

Lynk & Co Cyan Racing team-mates Yann Ehrlacher and Andy Priaulx claimed positions 13 and 14 after a chaotic start to the race.

"It was a tough race but that was to be expected to start this far down. The goal was to salvage some points and that is what we did. We found some pace in the car but we still have some bits to improve. I will study all night long if that is what is needed to be back in the top tomorrow," said Yann Ehrlacher.

"I had good pace but it was a difficult race. I had a very, very busy first lap and I got run wide in a fast corner that made me lose places. Let's qualify better tomorrow, looking forward to that," said Andy Priaulx. 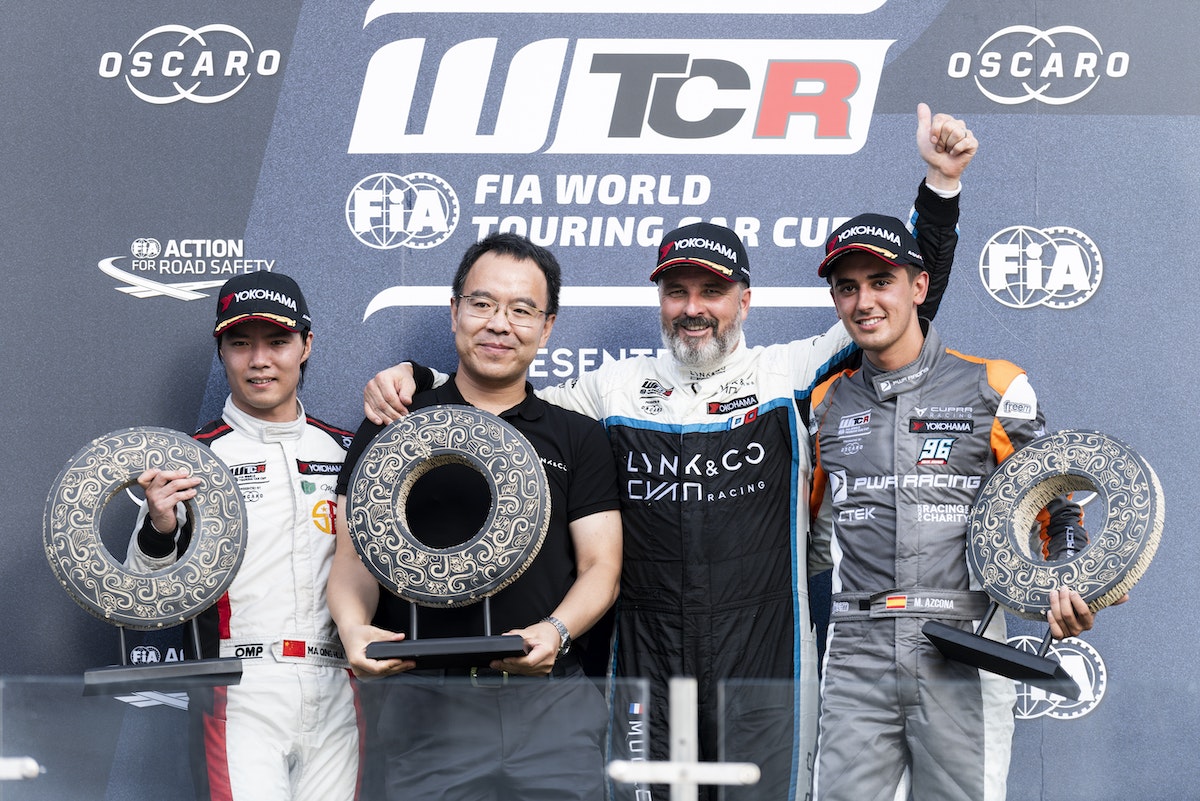