The FIA World Touring Car Cup weekend at the most challenging circuit in the world, the 25km Nürburgring Nordschleife, was filled with issues for Lynk & Co Cyan Racing. But the team fought hard against crashes and torrential rain to salvage some points.

The best result came from Yann Ehrlacher in the first race, crossing the line in sixth position from seventh on the grid after a very strong start. Disaster struck in the final two races for the Frenchman who was forced to retire from both due to front-end damage.

"This weekend has been so frustrating. We had good pace, but things did just not go our way. The first race was good but the remaining two races were a nightmare. We just have to leave this weekend behind and focus on the next," said Yann Ehrlacher.

Four-time World Champion Yvan Muller performed the strongest climb through the field in the final race of the weekend, gaining ten positions to finish tenth from 20th position on the grid.

"This is a weekend to forget. Gaining ten places in the final race was good, but we had potential for more," said Yvan Muller.

Thed Björk had a tough weekend as well with a retirement in the final race and eleventh place in the first race as his best result. The 2017 World Champion still keeps third place in the points standings.

"A really disappointing weekend and I lost a lot of valuable points. I bogged down in the first race, was stuck in the field in the second race and retired from the third due to broken steering rod. My focus is already now fully committed to the Vila Real race where we need to bounce back strongly," said Thed Björk.

Andy Priaulx had no more luck than his team-mates this weekend, finishing outside of the points and had to pit in the final race due to a puncture sustained in the opening lap action.

"We did just not have any luck this weekend, thoroughly disappointing results. But I continued to learn as much as possible and we have improved the car throughout the weekend," said Andy Priaulx.

Thed Björk is placed third in the championship, 55 points from the lead, with Yvan Muller in eighth position, Yann Ehrlacher 12th and Andy Priaulx 20th.

The next FIA WTCR race weekend takes place on the super-fast streets of Vila Real in Portugal on July 5-7th.

Update: Hyundai driver Nicky Catsburg has been excluded from Race 2 due to over boost, meaning one position up for all of our drivers. 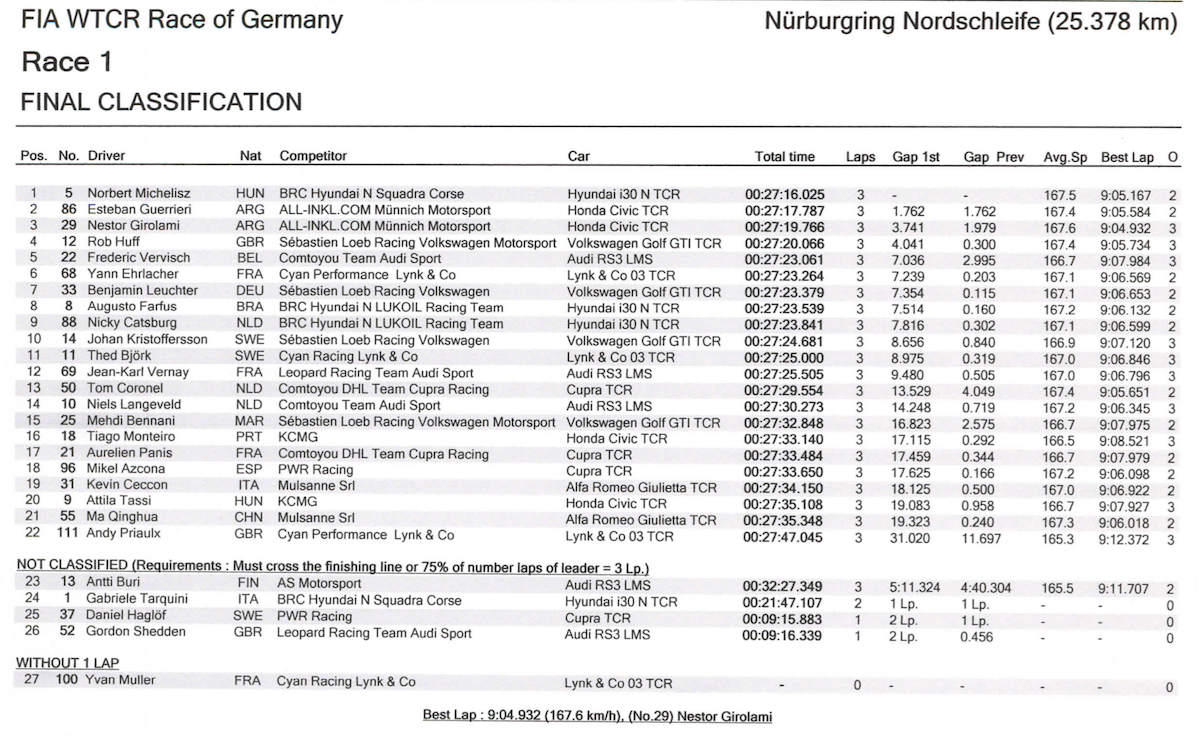 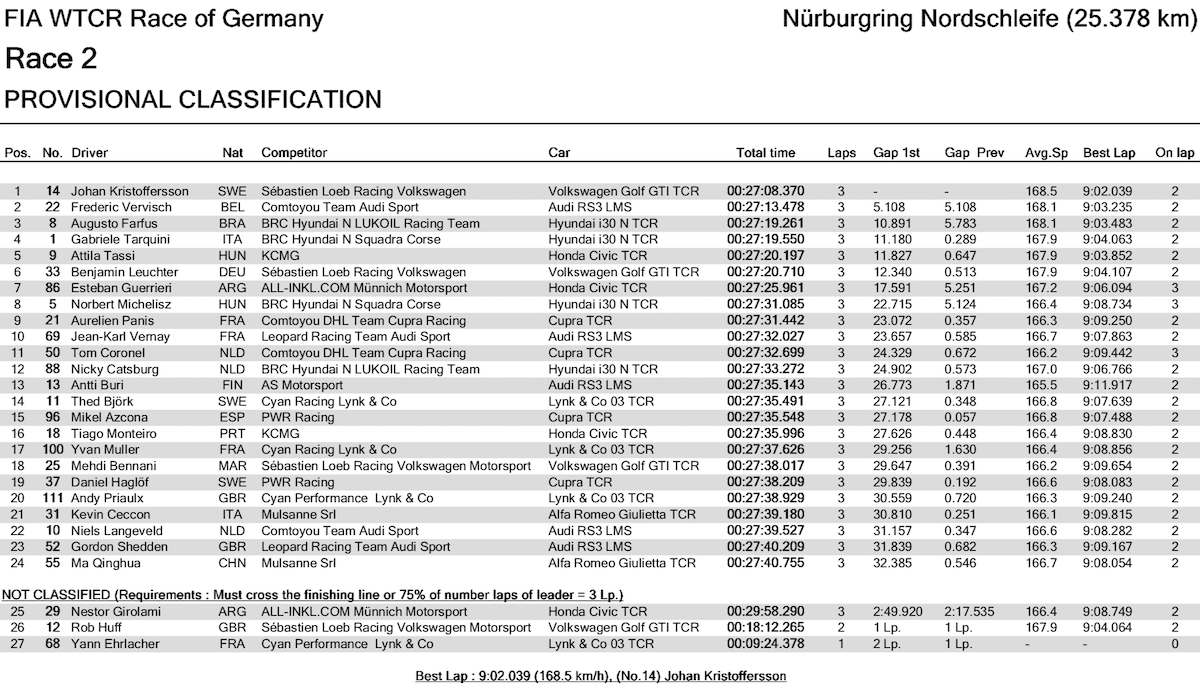 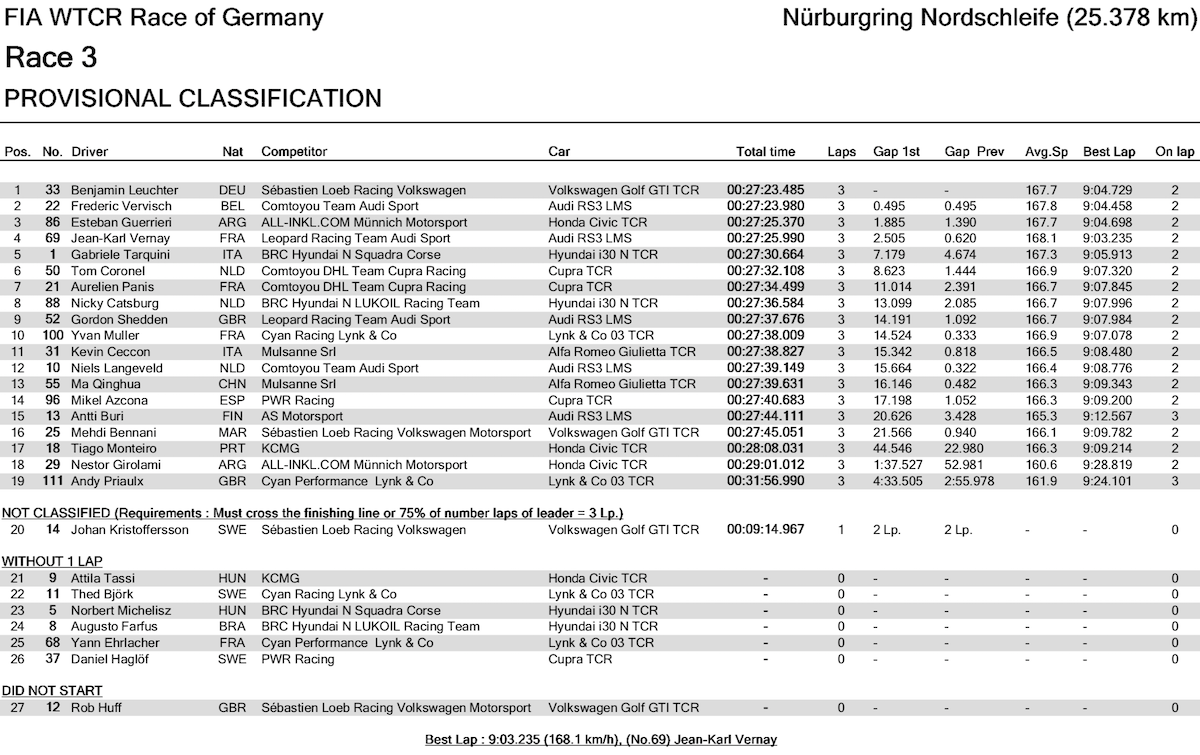