Yann Ehrlacher climbs the order in the first Nürburgring race

Yann Ehrlacher fought his way to sixth position in the first FIA World Touring Car Cup race of the weekend at the infamous Nürburgring Nordschleife in Germany to score vital points.

"I had a mega start but got pushed wide in the second corner and lost two positions. Then I was just following the train and I was close to Vervisch at the end but it was too risky to make a move. I am quite happy with our race pace and to gain positions on the Nürburgring is something I can be pleased with," said Yann Ehrlacher.

2017 touring car World Champion Thed Björk had a tough race, dropping from fifth position on the grid to finish eleventh after bogging down at the start.

"I lost the race at the start as the car just bogged down, the first time this has happened to me. It was not much I could do from there, just follow the cars in front of me. I had no problems to follow the pace of the cars around me and I am obviously disappointed with the result," said Thed Björk.

There was plenty of contact in the first corner of the first lap that saw Yvan Muller eliminated after contact with a Volkswagen driver, retiring with suspension damage.

Andy Priaulx also received damage in the Turn 1 chaos and struggled with right-rear damage throughout the race.

"I have quite a heavily damaged right rear from contact with Azcona and Langevelt on the first lap, so I just drove to get the experience here. I was off the pace due to the damage, let's continue to fight tomorrow," said Andy Priaulx.

The second and third race of the WTCR weekend in Germany takes place at 11:00 and 12:20 CEST respectively tomorrow. 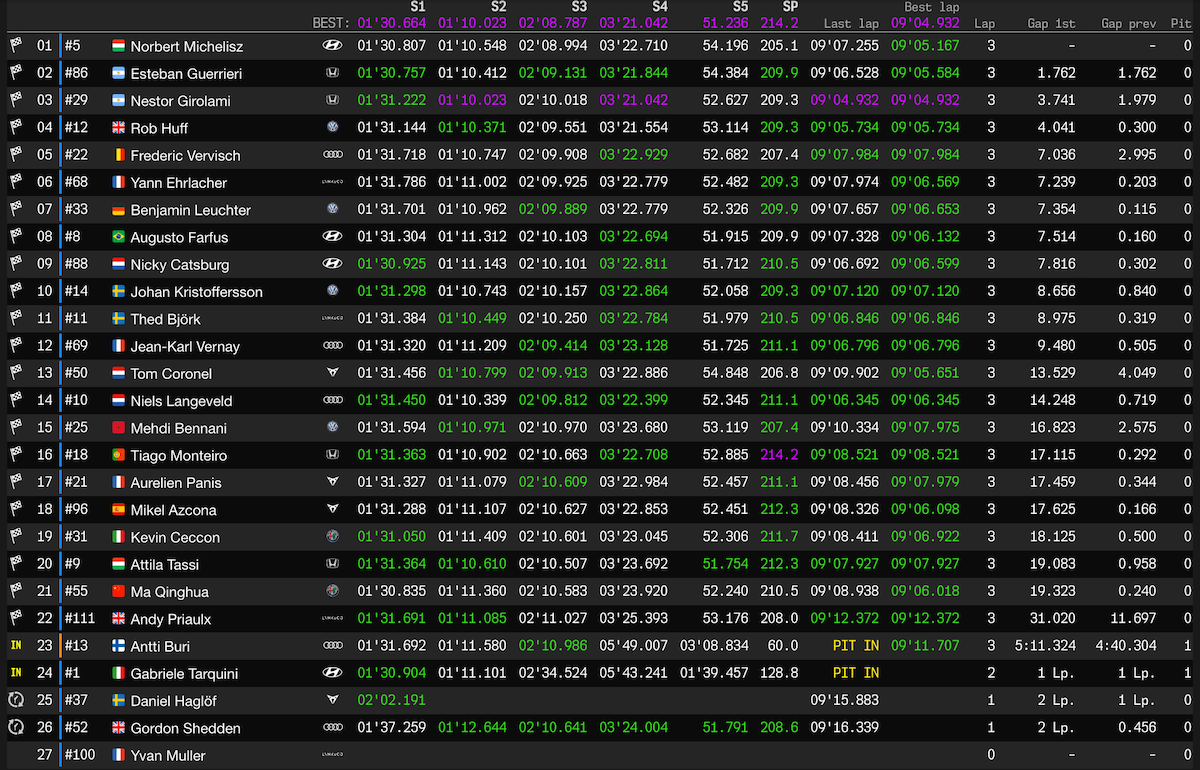