The 2017 World Champion lapped the 25-kilometre circuit in 10 minutes and 38 seconds in very wet conditions during the first qualifying session to claim fifth position on the grid. The second session, that was held in drying conditions, saw the Swede finishing 19th as a crash of a competitor in the final corner meant that drivers had to pass that zone at 60km/h.

"The Nürburgring is the toughest track in the world and we got to experience that firsthand today. I lost too much time in one of the sectors during the second session, I just had no grip in the drying conditions. But I am quite pleased with fifth in the first session and we really need to captialise on that tomorrow to secure points for the championship," said Thed Björk.

"There is really not much to say about today, we had technical issues and difficult weather. We will fight back in the races," said Yvan Muller.

Frenchman Yann Ehrlacher was eighth and 17th fastest respectively in the two qualifying sessions and says there was more pace than the positions showed.

"The first qualifying session went well and I was about two seconds faster than my first lap when I got a yellow flag that ruined my final attempt. I definitely think the top five was reachable. Then in the second session we had an issue with the slow zone and slowed a bit too much. A bit unfortunate, but that is the way it is and the pace is good, we just have to fight and score as many points as possible in the three races," said Yann Ehrlacher.

Three-time World Champion Andy Priaulx fought the difficult conditions in what is his first time driving on the circuit for ten years with 18th position in the second session as his best result of the two sessions.

"Today started pretty tough with me missing the first free practice due to a technical issue. Qualifying was really difficult but I had similar lap times to Yann, so I am happy. We were just very unlucky with the slow zone, that cost us a better grid position. But let's just move forward and see what we can do tomorrow," said Andy Priaulx.

The first race of the FIA World Touring Car Cup race weekend at the Nürburgring in Germany starts at 17:30 CEST tomorrow. 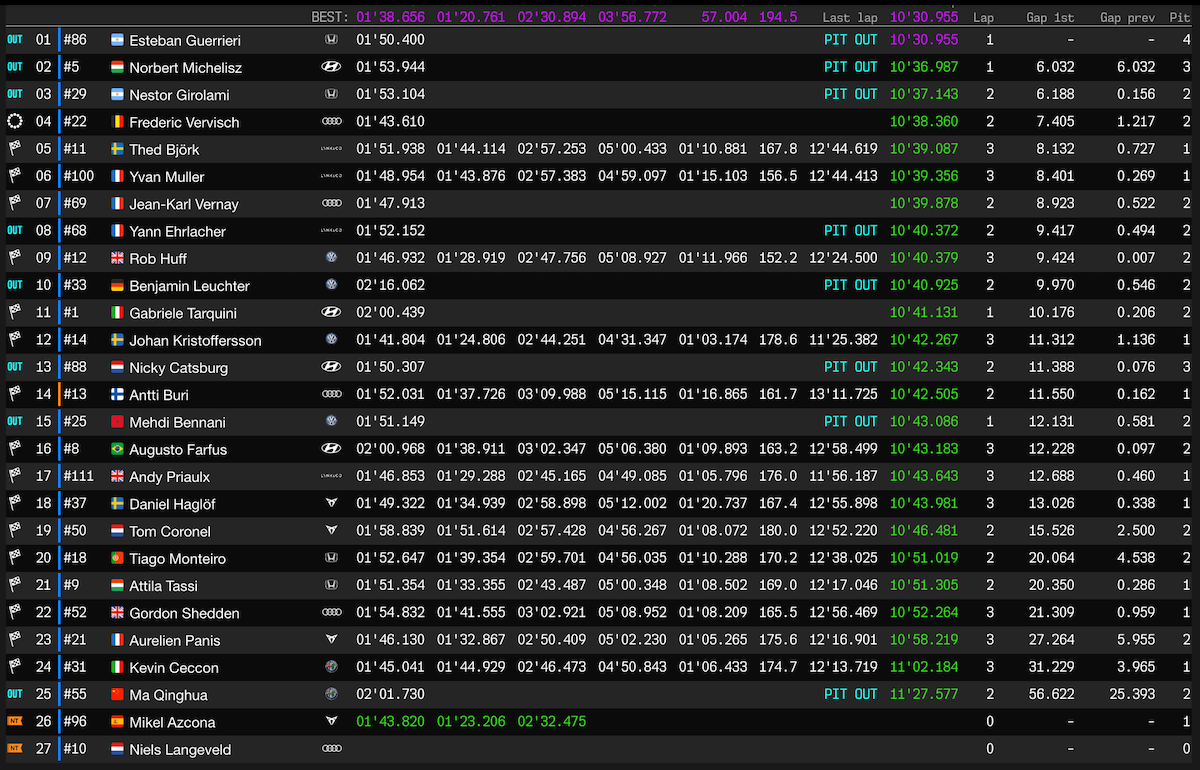 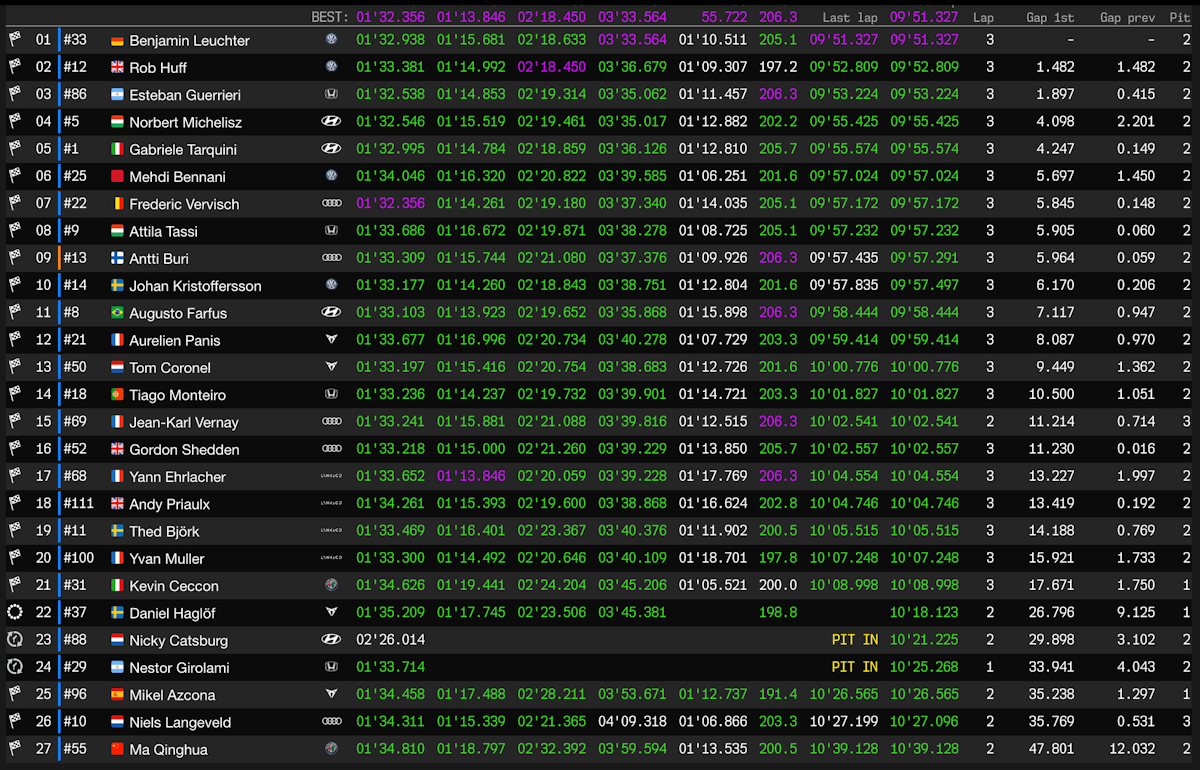