The heavens had opened just before qualifying with a very wet circuit and all drivers using wet tyres.

Yann Ehrlacher claimed eighth position with team-mate Andy Priaulx in 17th position, with the Brit driving at the Nürburgring Nordschleife for the first time in ten years.

Another heavy rain shower at the end of the session meant that there were no further improvements and several cars going off track. 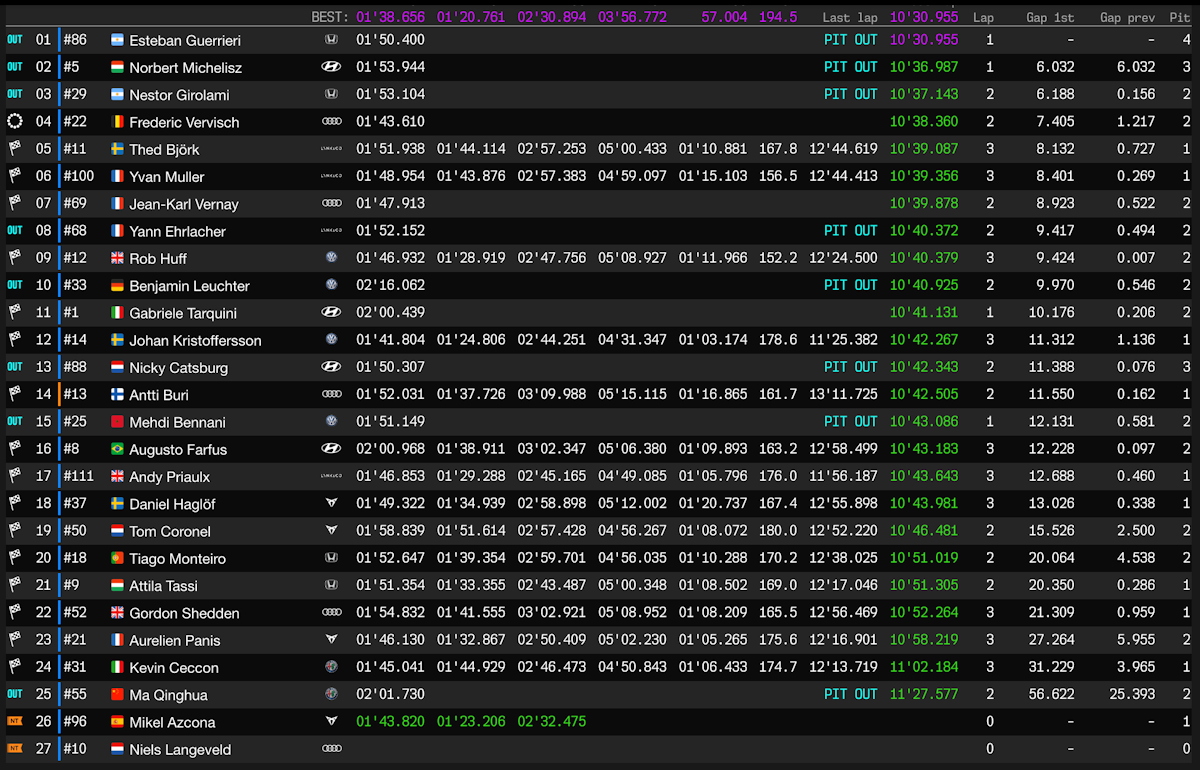