Four-time World Champion Yvan Muller started the race from fifth position and made a strong start to claim fourth into the first corner. The Frenchman went wide a couple of laps later and dropped down to finish in ninth position.

Yesterday's winner Thed Björk dropped a couple of positions in the first half of the race and finished 12th, with Lynk & Co colleague Andy Priaulx finishing 18th.

The third and final WTCR race of the weekend at Zandvoort in the Netherlands starts at 16:35 CEST, with Yann Ehrlacher starting from pole position and Thed Björk in second position. Yvan Muller and Andy Priaulx will start fifth and 17th respectively. 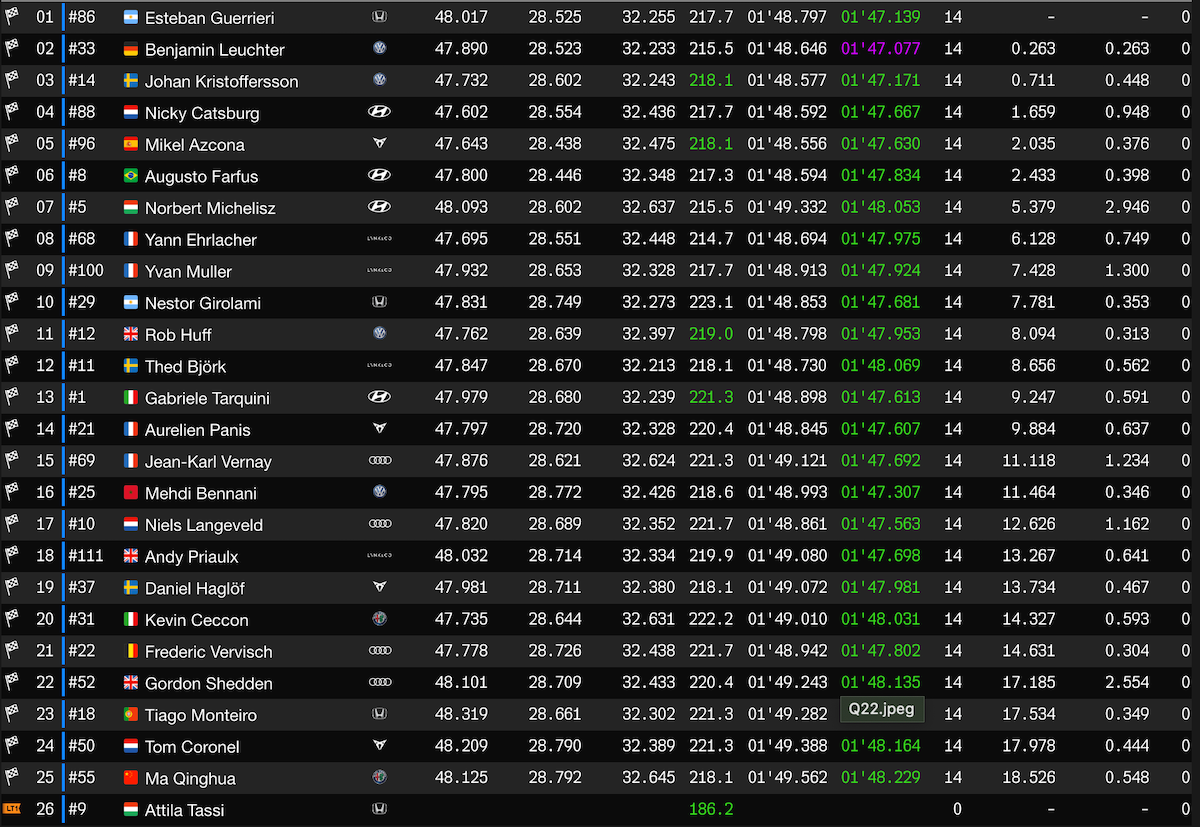