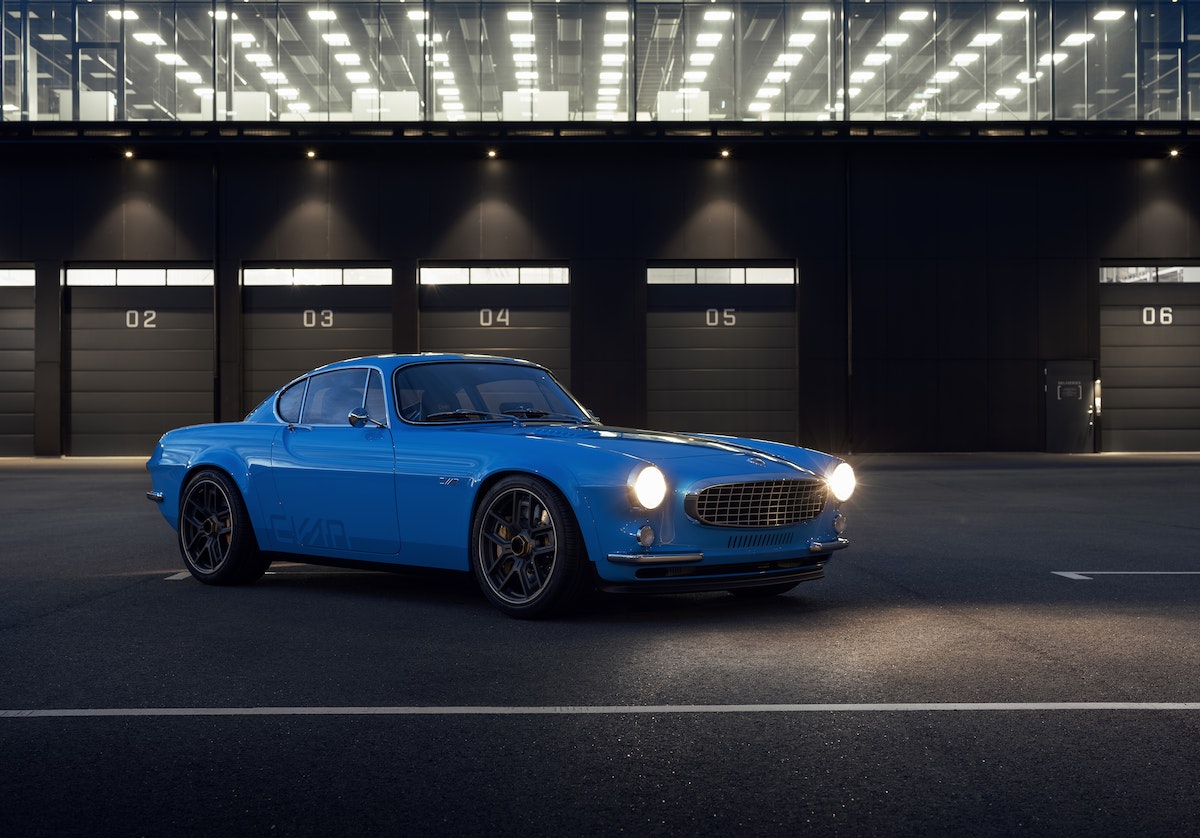 "It's a very special one-off, designed to be as capable and as dynamically visceral as possible. We think they achieved that. It also gets all new running gear, a wider body, center lock wheels and that awesome blue paint. Should Cyan Racing launch a P1800 restomodding service? We think so."

"What a car it is. The detail and engineering which Cyan have put into this car is incredible." - MR JWW

"It's fantastic. The short of it is, it's wonderful." - Autocar 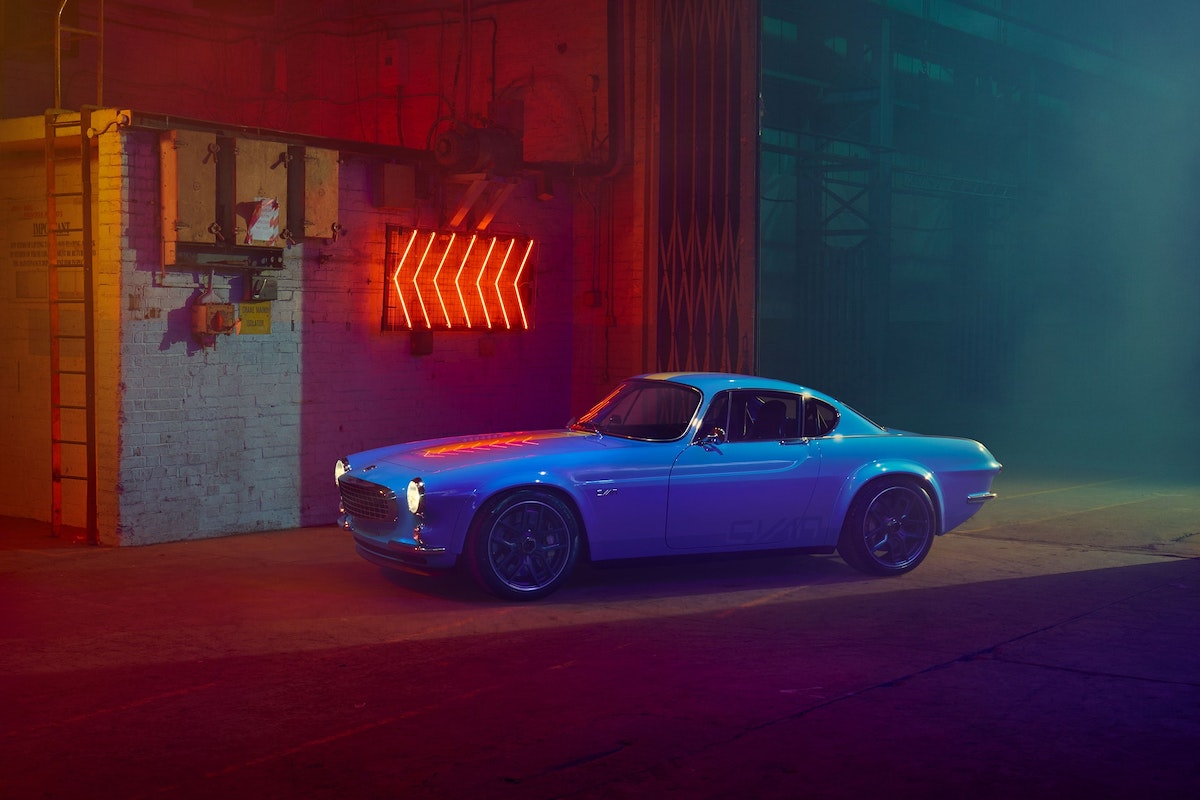 "California-based Singer started something magical with its reworking of the Porsche 911 a decade ago, but top Swedish squad Cyan Racing has gone even further with its take on Volvo’s elfin P1800 coupé.

"It feels spectacularly well made and engineered. It also weighs just 990kg, so the 414bhp produced by Volvo’s 2.0-litre turbo is more than enough to provide truly vivid performance." 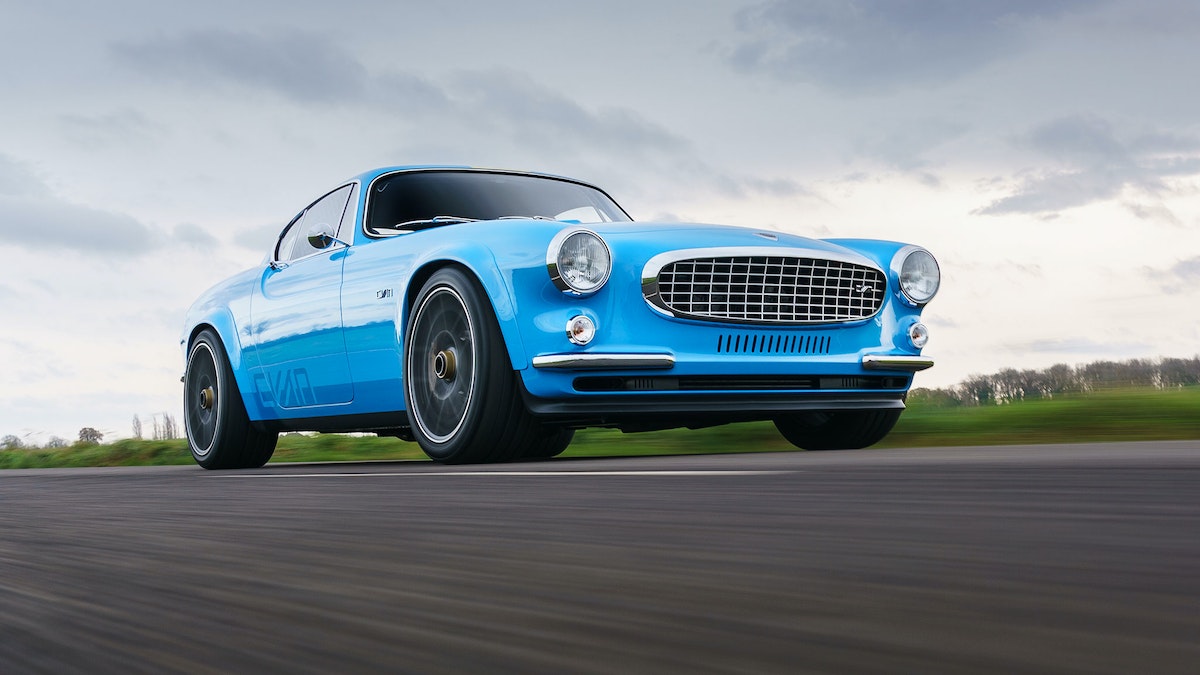 "There's a precision to the brake pedal feel, a meatiness to the steering, and a firm control over the roll angles through corners that leaves you in no doubt the P1800 Cyan was engineered by people who build race cars for a living.

"And yet, although it has modern underpinnings with better grip and better precision than was ever possible with 1960s hardware, the complete absence of electronic minders means you still drive the P1800 Cyan very much like a powerful 1960s GT car, braking in a straight line on corner entry, then turning in and getting on the throttle early to balance the chassis, the long travel of the gas pedal helping you more easily control the traction.

"Make no mistake, the P1800 Cyan is beautifully built. The quality of the workmanship and the attention to detail are first class, as evidenced by the precision of the shut lines on the body, the quality of the interior trim, and that immaculately joyous engine bay." 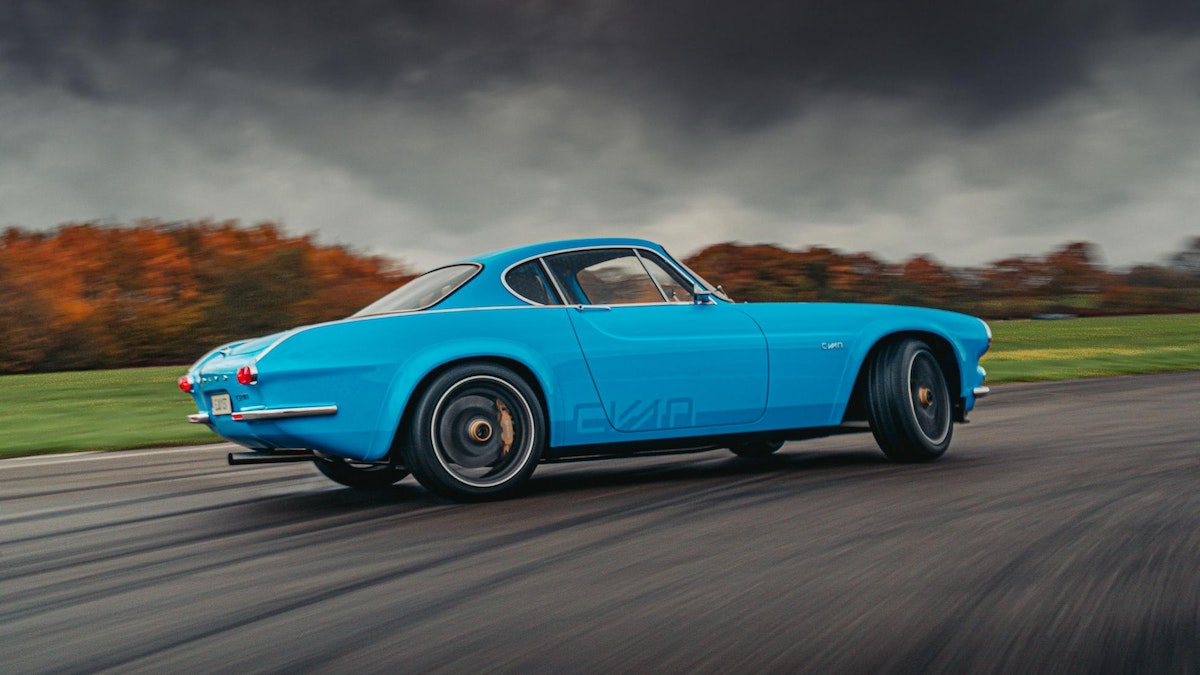 "It may be the sweetest restomod yet." - Top Gear

"This is a carbon fibre, two-seat coupe with a four-cylinder turbo in its freakishly clean engine bay. The specs are nothing special, but the overall taste is.

"Factor in the back story, the audacity of the idea, the thousands of man hours to build it, the OCD fit and finish, the depth of character that continues to reveal itself the more you drive and the love that spills out of it, and you’re left with something very special indeed.

"I love driving and geeking out on modern supercars, but if it was my own money? Give me a garage full of these." 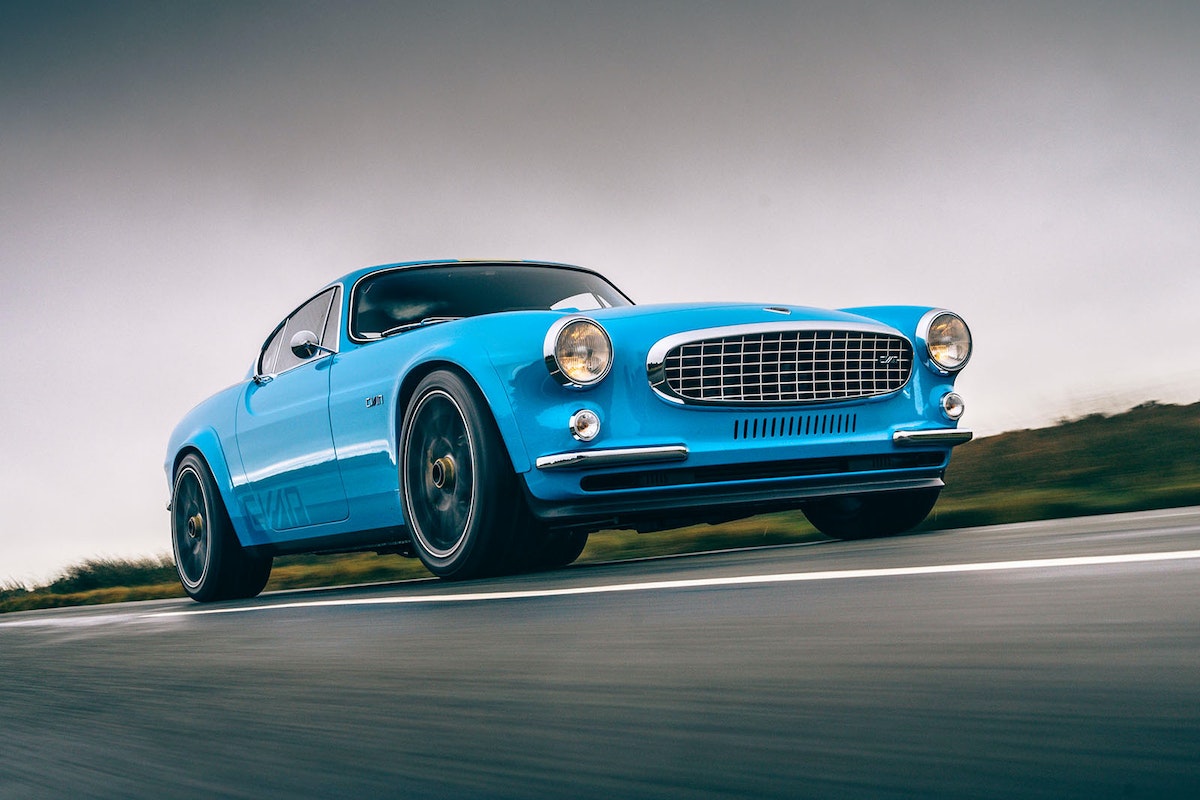 "What an exquisite machine" - Autocar

"I can’t remember the last time shifting gears was this much of a pleasure. The whole experience is engaging like nothing modern this side of a Caterham, Ariel or Lotus Elise." 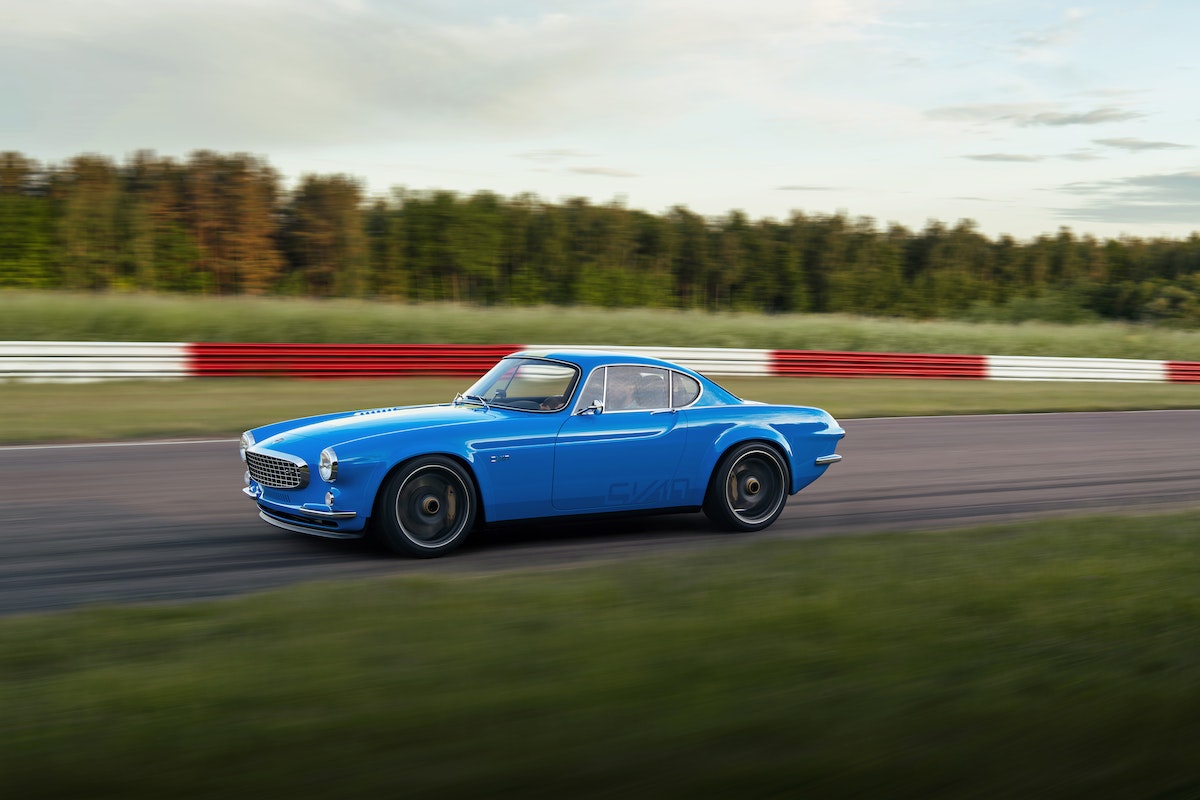 "There's no ABS, power brakes, or stability control, so the setup is all about the driver. 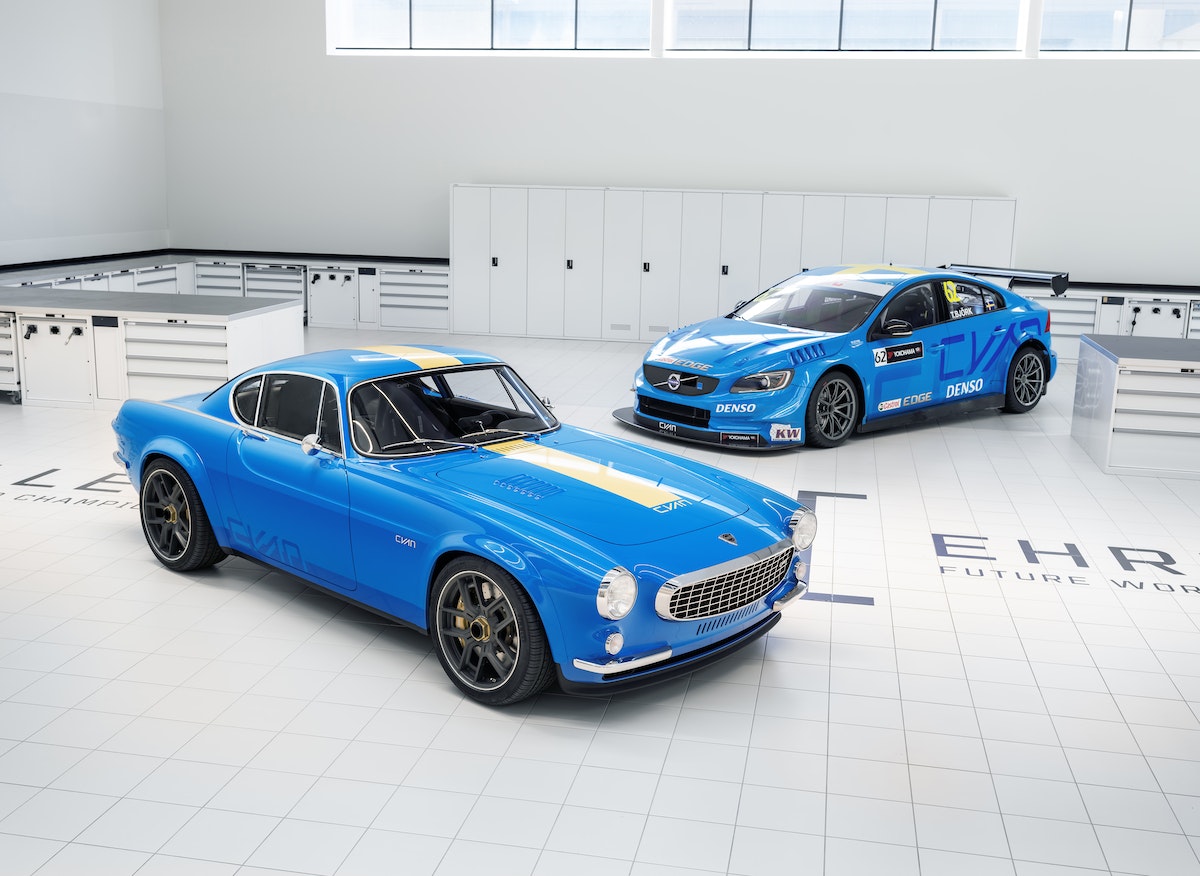 "It's lighter than a Miata and more powerful than an RS3

"Starting with a 1964 P1800, Cyan made the body wider and repositioned the greenhouse. It also used high-strength steel and carbon fiber to reinforce the original structure's weak points. With the bases covered, it turned its attention to the design. Up front, the P1800 gains a pair of air intakes, a splitter, and a two-piece bumper. Out back, the fins that characterized the original car are toned down and the exhaust tip moves to the middle." 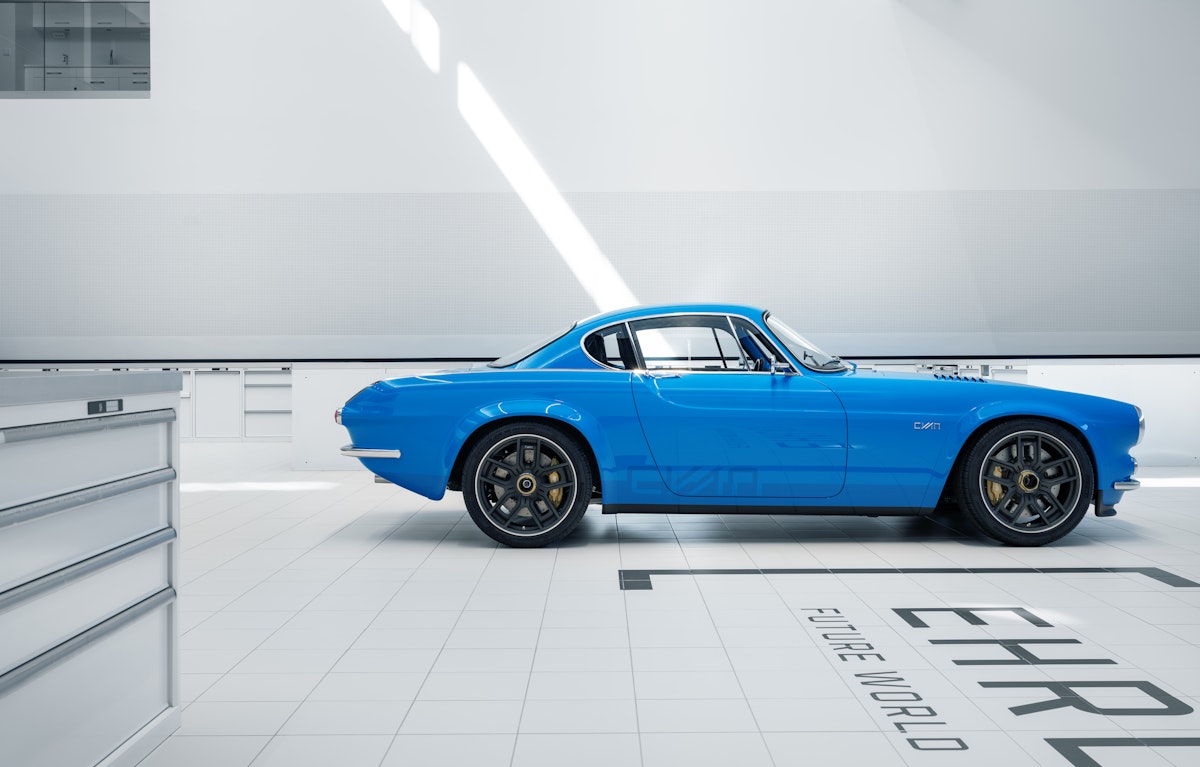 "Cyan Racing, the Volvo performance division formerly known as Polestar (but different from Polestar, the car company), has just revealed its newest creation: a Volvo P1800 resto-mod. Based on the iconic Sixties two-door, it weighs under 2200 pounds, and makes 420 horsepower from a turbocharged racing engine. We're in love." 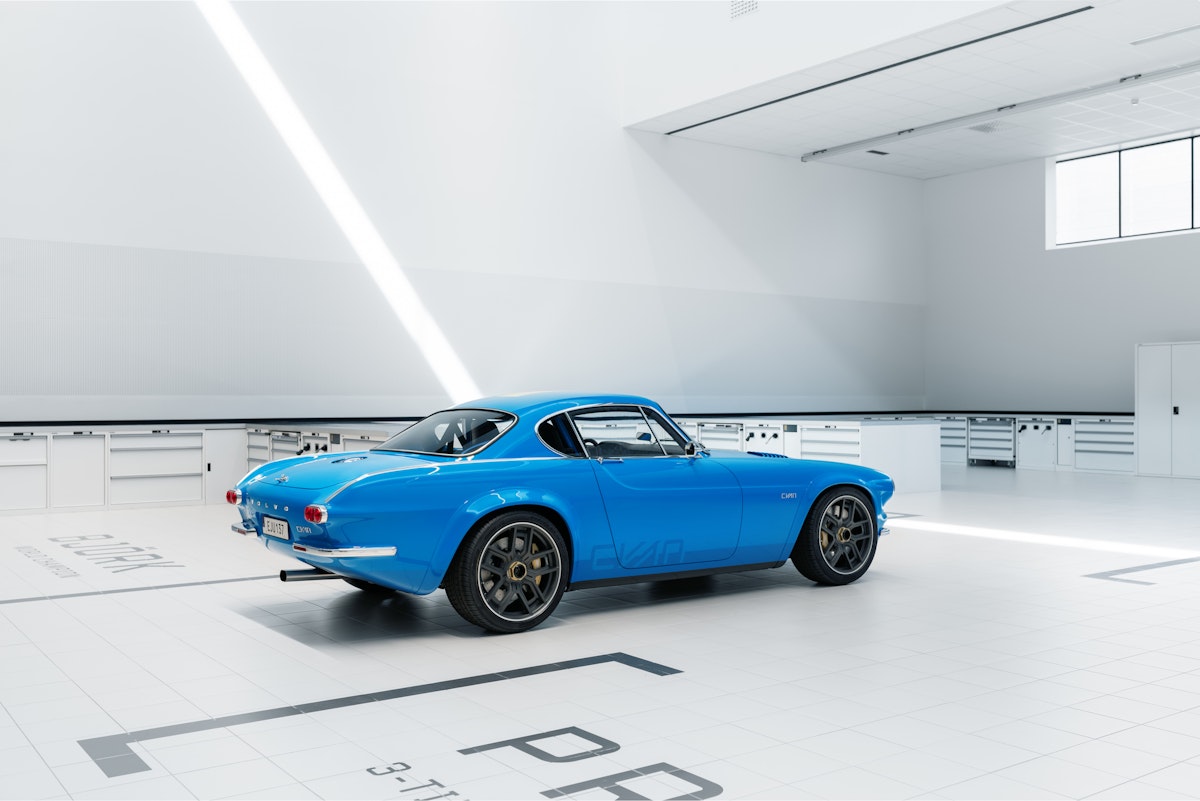 "This isn’t a car designed to set lap records, it’s something designed to be a hell of a lot of fun to drive, and it sure looks like Cyan nailed it.

"Plus it looks incredible.

"Impressively, Cyan has decided to keep the car very mechanical and un-assisted; there’s no ABS, no traction control, no electronic helicopter parents hovering around and making sure you don’t get into trouble. You likely can get into trouble in this car, but it seems that the process of getting there will be incredibly satisfying." 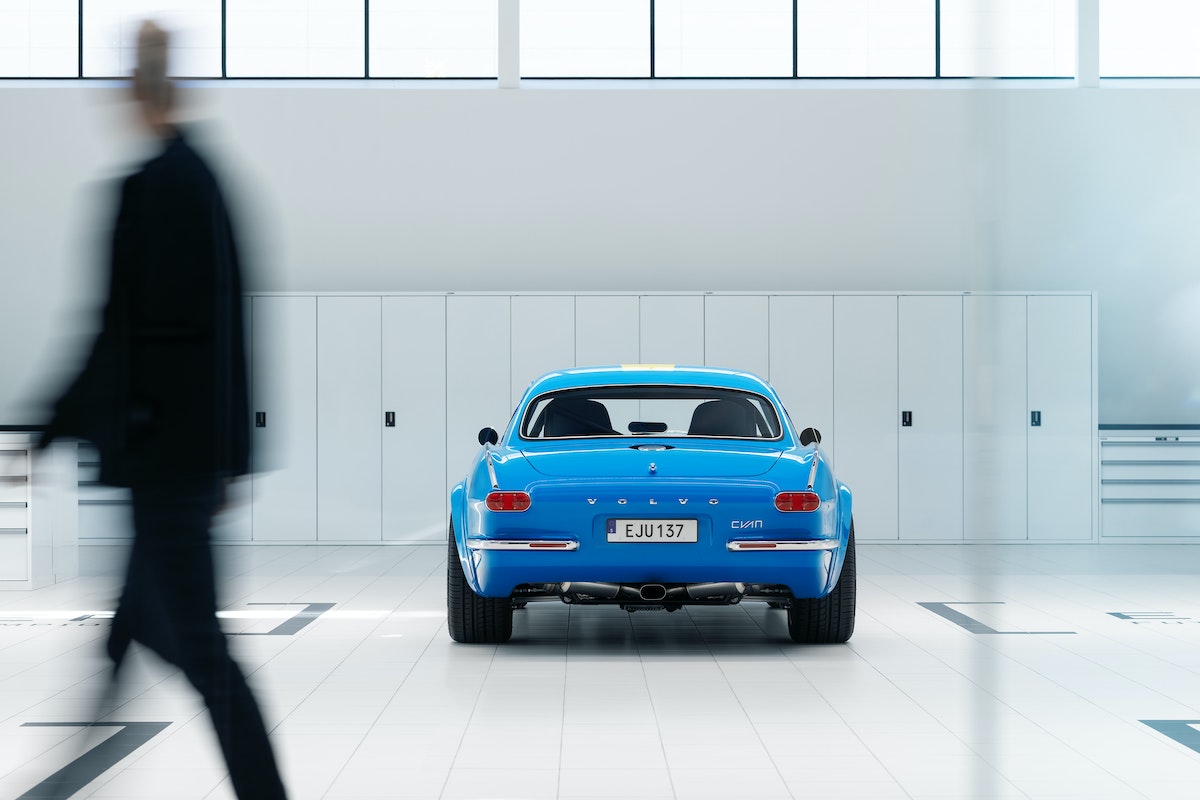 "In a world of ugly speed-obsessed supercars, the little Volvo P1800 Cyan is breathtakingly beautiful and finally a joy to drive at any speed." - AutoExpress

"The reborn Volvo P1800 Cyan manages to right one of automotive history's great wrongs by giving the stunning Swede the performance its looks have always demanded.

"Now both on road and track it has the pace to match, not only the contemporary Jaguar E-types, but more exotic cars like the Ferrari 250 GTO. Better still it's an absolute riot to drive."

Cyan Racing AB (Cyan or Cyan Racing) restores and modifies existing Volvo cars for its customers. Cyan does not manufacture or sell cars. Cyan is not sponsored, associated, approved, endorsed nor, in any way, affiliated with Volvo Cars. The Volvo name and trademarks, including P1800, are the trademarks of their respective holders. Any mention of trademarked names or other marks is for purpose of reference only. The product of Cyan’s services is a Volvo P1800 re-engineered, restored and modified by Cyan.